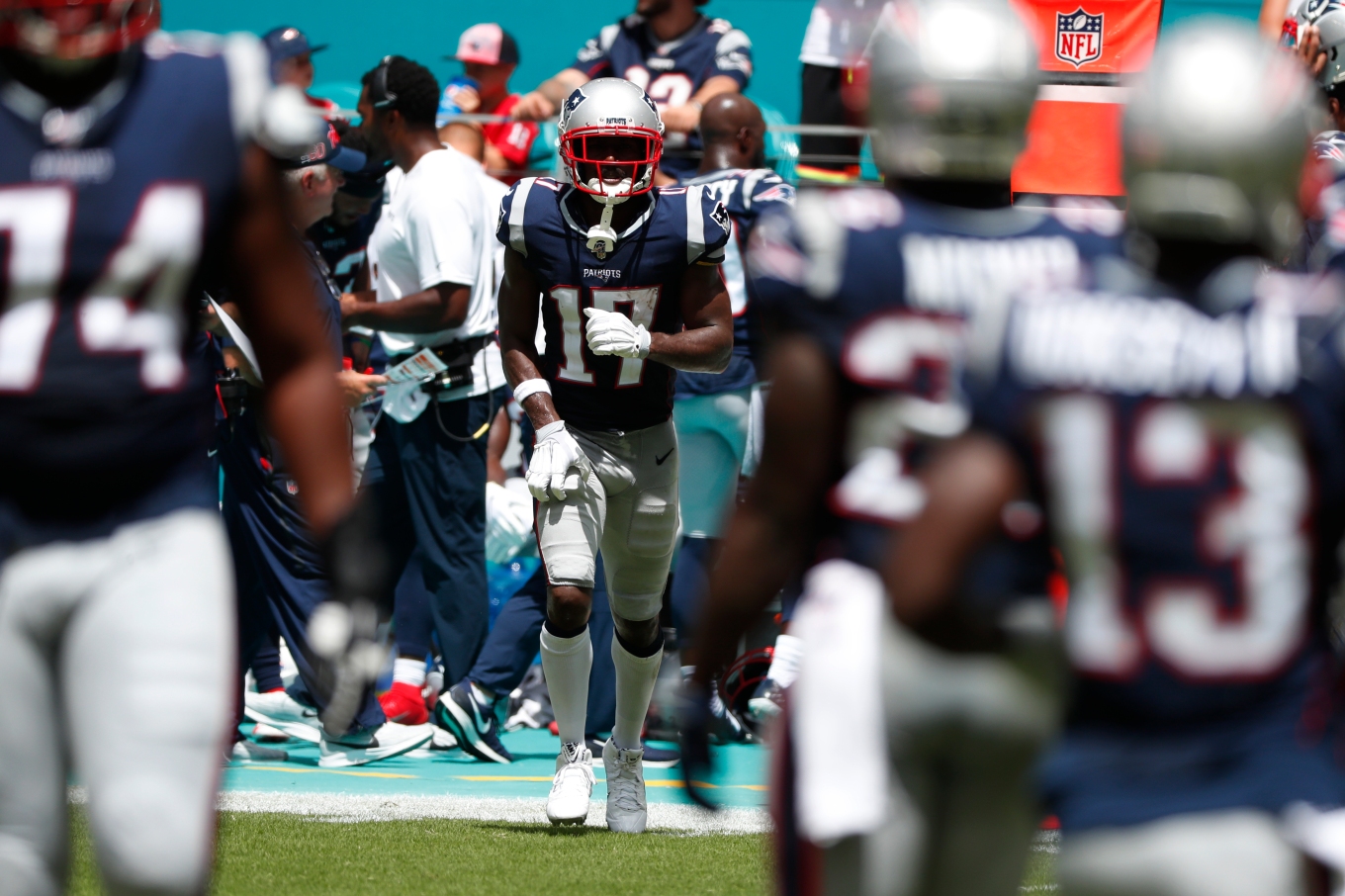 What if I told you that the league’s best wide receiver could get himself shipped out of three different cities in less than a year?

What if I told you that even Bill Belichick couldn’t save the day?

What if I told you that a man’s entire career could implode in a span of six months?

The timeline of Antonio Brown’s career will long be viewed as one of the biggest falls from glory that anyone may ever experience in sports, depending on how his legal situation plays out.

The wide receiver started as a part of the “Killer B’s” in Pittsburgh, leading the Steelers alongside Ben Roethlisberger and Le’Veon Bell. Next, he was shipped out West to the Bay Area in a trade to the Raiders in March, with his stint with the team lasting all of six months.

Lastly, he heads to the Patriots, a team long viewed as one that could save any player, and help return them to similar glory as the player should’ve had the whole time. Randy Moss, despite what he and Tedy Bruschi said on ESPN Sunday NFL Countdown the day after Brown signed with New England.

Former #Patriots Randy Moss and Tedy Bruschi with some strong words on Sunday NFL Countdown about the comparisons between Moss and Antonio Brown: “Stop all the Randy Moss comparisons” pic.twitter.com/4xj7FRFqP4

It seemed like all had finally gone right for Brown after he effectively forced his way out of two cities, with frostbite, a helmet grievance, numerous fines, a confrontation with Raiders general manager Mike Mayock, and a video featuring a call with Raiders head coach Jon Gruden.

The Patriots, who didn’t even need Brown in the first place with how set their offense was, looked like they were about to run through the league with their new receiving corps: Julian Edelman, Josh Gordon, Demaryius Thomas, Phillip Dorsett, Jakobi Meyers, N’Keal Harry, and then, the addition of Antonio Brown.

The team seemed confident in their move, trading Thomas away to the Jets and having placed Harry on the injured reserve with a plan to bring him back at some point in the year. Antonio Brown had become a key piece of the puzzle, and like Randy Moss said, it was time to focus on football.

But, there was more. The Patriots wide receiver had a wide arrange of legal troubles heading his way, with sexual assault and misconduct allegations dropped on his plate immediately upon his signing with the team.

Brown’s situation got messier and messier throughout his time in Foxborough, with a Sports Illustrated story highlighting all of his past behavior proving to be a key factor in the receiver’s downfall.

Despite all of the drama, Brown continued to learn the Patriots offense and appeared to be dealing with the punches as they were each thrown. He kept to himself, with no interviews, no media availability, no Cameo videos, and a wide variety of Instagram posts that shared excitement for joining the Patriots.

This isn't anything shocking, but still interesting that #Patriots WR Antonio Brown is also "temporarily unavailable" on #Cameo, where fans could originally pay $500 to get a video from him. No media, no Cameos, nobody can hear from him at the moment. https://t.co/GptrvpjQ1i pic.twitter.com/itcUe4sRoc

He played in his first game as a Patriot, a thrashing of the Dolphins down in Miami for a hot start to his career in New England. Then, he left the locker room quickly, evading reporters again. 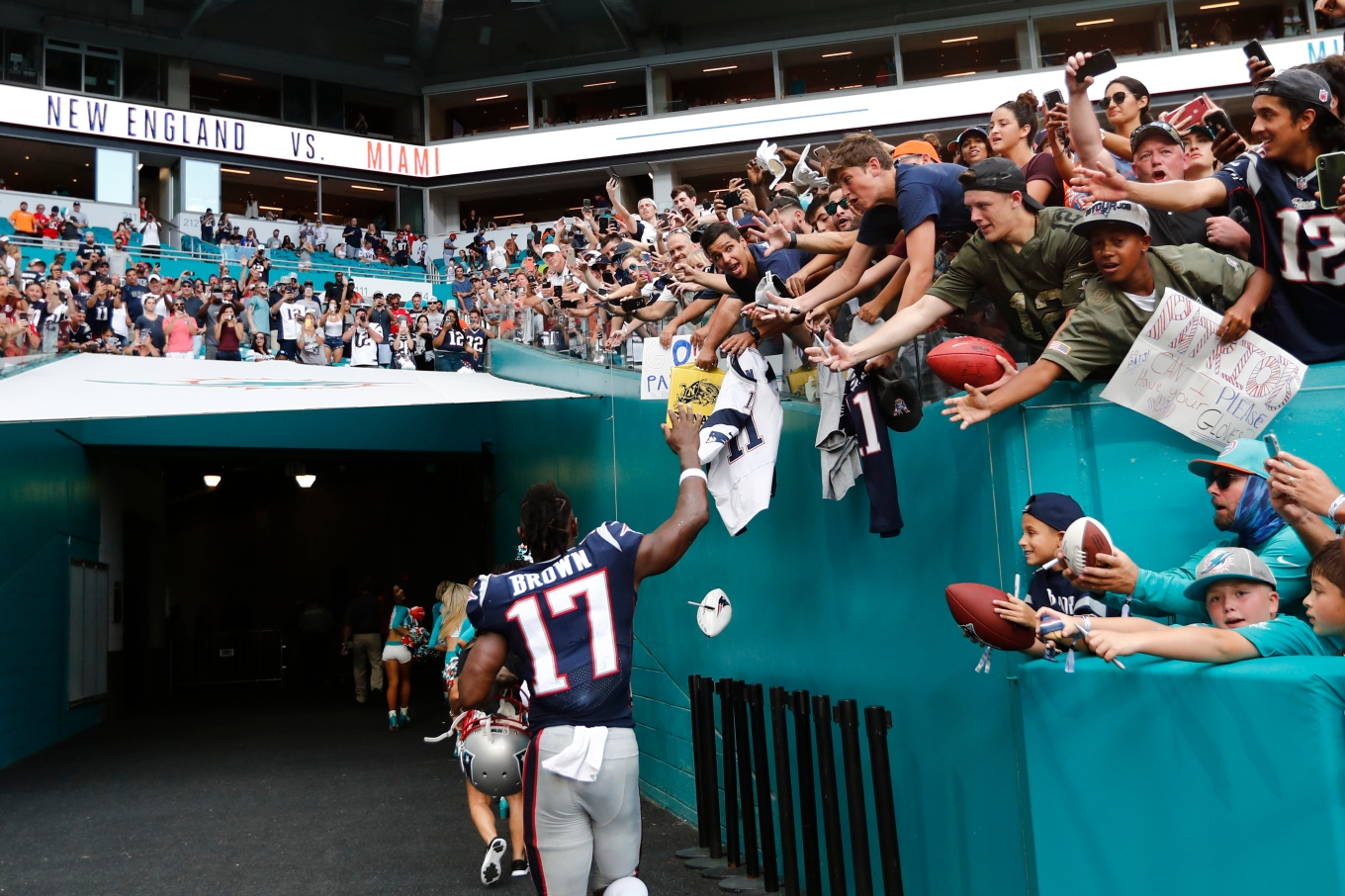 Brown finally spoke for the first time as a Patriot on Thursday afternoon, one day before his release, answering just four questions and simply showcasing his excitement to be a part of the team and the opportunity to play with Tom Brady and Bill Belichick.

But, the wheels kept turning. Sports Illustrated published another piece, this time detailing messages sent in a group chat where Brown allegedly sent “intimidating” text messages to an accuser after she told her story to the outlet.

The story sparked more media frenzy, with Belichick deciding to walk out of a press conference before the five-minute mark for the second time since Brown’s signing after reporters continued to ask about the receiver’s legal situation.

“He’s on the roster,” Belichick said when a reporter asked about Brown’s availability for the Patriots’ game against the Jets on Sunday.

Brady was similarly not willing to discuss Brown’s situation, keeping the focus on the team’s upcoming game against a divisional rival.

Tom Brady deflects all Antonio Brown questions with variations of: “I’m just focused on the Jets and what I can do to help the team win.”

He did not say Brown’s name. pic.twitter.com/avd2IAPyVJ

“I’m just preparing like I always do,” Brady said when asked about the drama surrounding Brown and its possible impact on the team. “Trying to play well this weekend against the Jets.”

A few hours later, the possible reasoning why the discussion was not focused on Brown came to light, as the wide receiver started to post on social media in a reflective way, signaling a possible change of scenery on the horizon for Brown.

Brown posted photos featuring Belichick and Brady, showing his appreciation for his former head coach that took a chance on him and his former quarterback that fed him the ball in his Patriots debut.

The news then broke, with an official statement from a Patriots spokesperson saying that Antonio Brown was no longer a Patriot.

The statement mentioned how the Patriots “appreciate the hard work of many people over the past 11 days, but we feel that it is best to move in a different direction at this time,” as the team officially announced his release.

The Patriots are evidently moving on, with a player texting the NFL Network’s Michael Giardi that “The show goes on. Period. End of story,” after the news broke. Now, it’s time to see how Brown moves on.

Text from a #Patriots player on Antonio Brown: "The show goes on. Period. End of story."

The Patriots were due to pay Brown $5 million of his signing bonus come Monday after the game against the Jets, and the contract could be voided for conduct detrimental to the team, similar to the terms that got Brown out of Oakland just a few weeks ago. 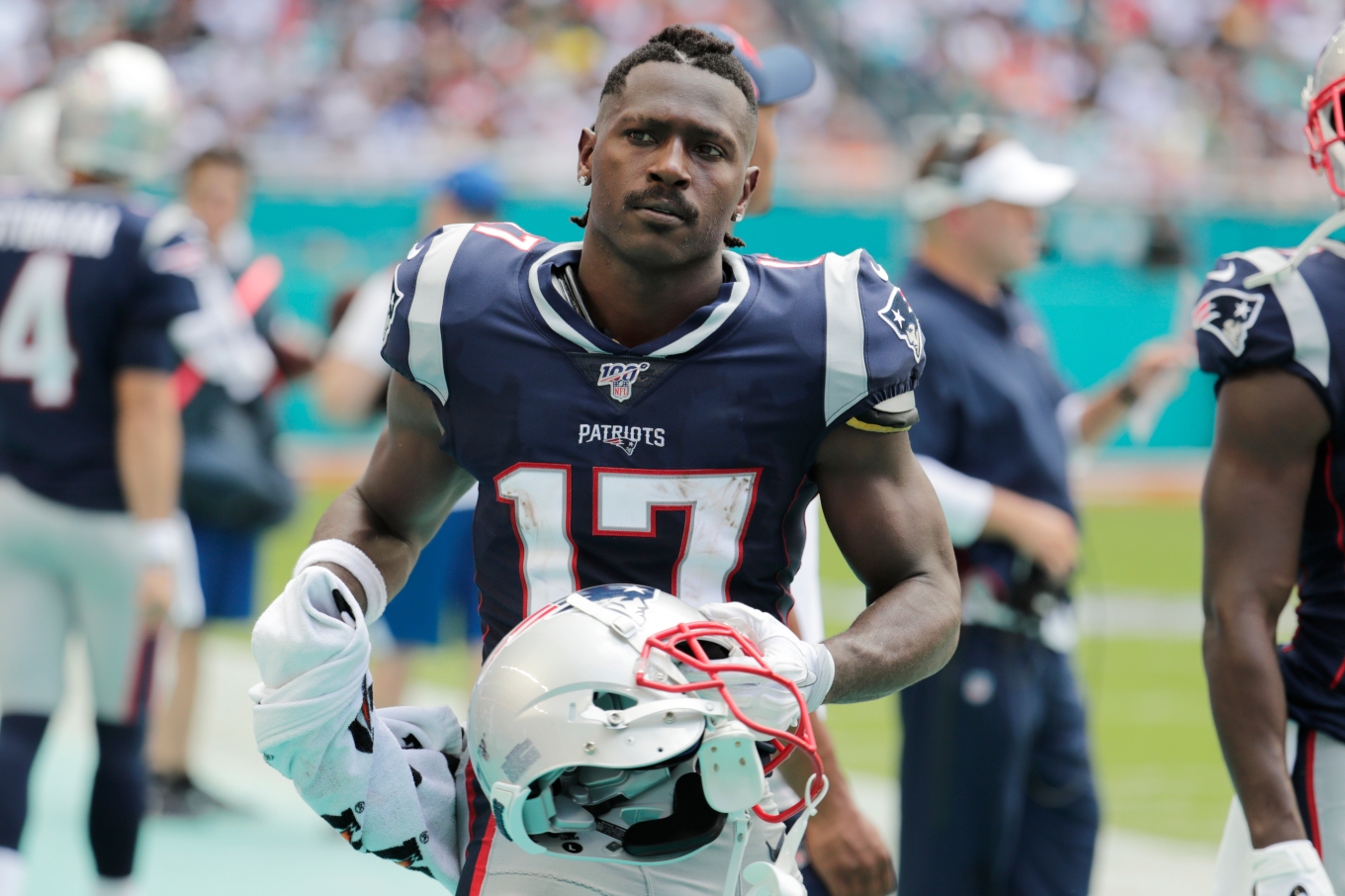 Regardless, the fact remains that Brown won’t be suiting up in New England anytime soon, and likely never again depending on his legal situation. Now, it’s time to see how everything plays out. Will Brown’s situation keep him out of the league for good? What can be investigated, and how will everything be handled in regards to each incident?

As always, time will tell, but Brown’s one-game tenure with the Patriots will go down as one of the more fascinating case studies in the team’s history, and could set a more conservative tone for the team’s decision-making down the road.

13 thoughts on “Out of Business: The full timeline of Antonio Brown’s 11-day tenure with the Patriots” Leave a comment ›