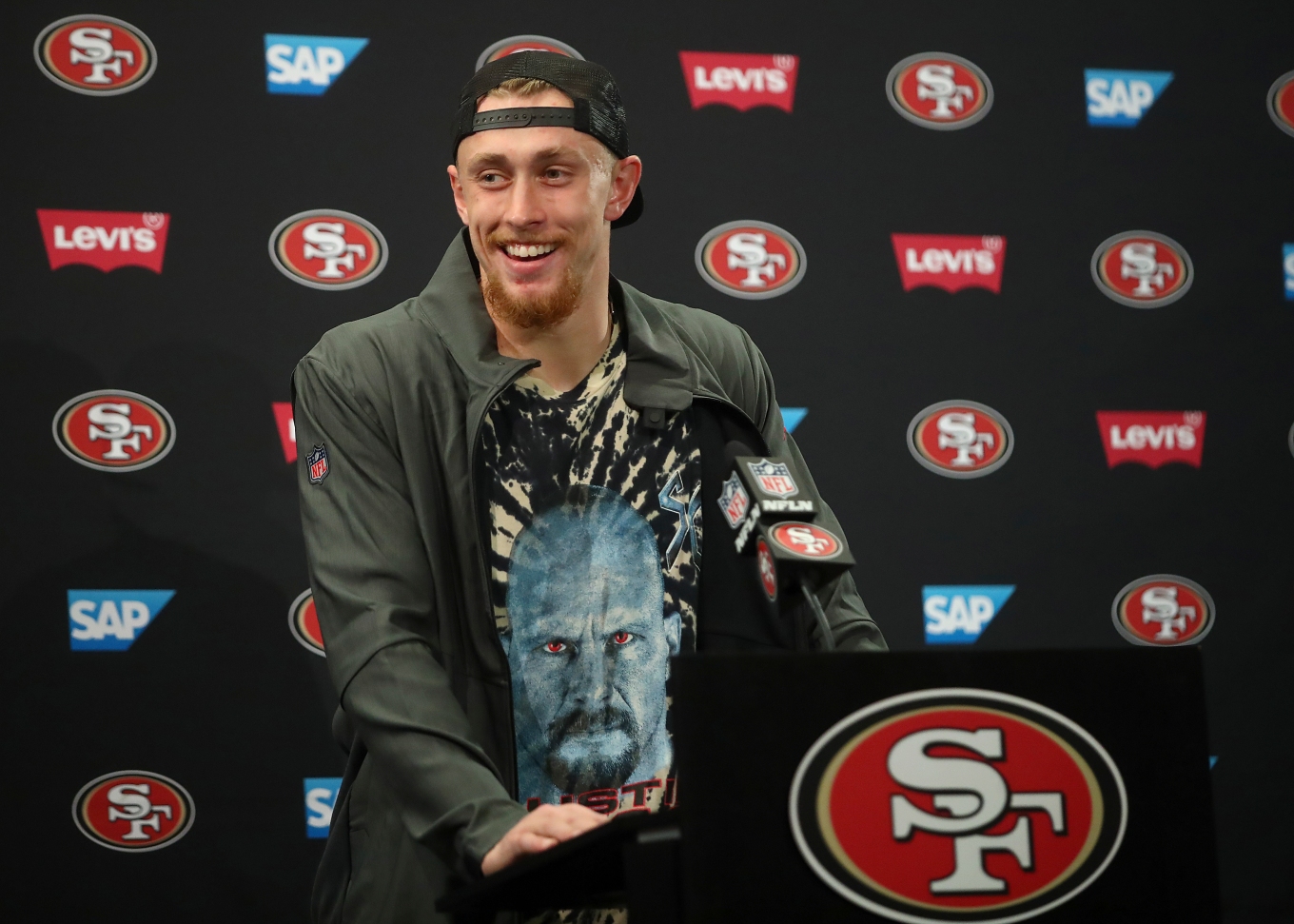 Can you smell what The Rock is cookin’? Is it time to play The Game?

For those of you who haven’t followed professional wrestling at any point in your lives, those questions may not mean a thing, and you may have only heard them in passing.

But, for the millions (and millions) of wrestling fans out there who know exactly where those iconic phrases come from, there’s only one question to ask: Are you ready?

We’ve officially entered a new era when it comes to professional wrestling, starting with the beginning of the “Wednesday Night Wars” between WWE’s “NXT” brand on the USA Network, and the hot, upstart new business venture led by Tony Khan, Cody Rhodes, The Young Bucks and company called “All Elite Wrestling” on TNT.

But, the biggest change of them all? WWE’s SmackDown will be heading to FOX, starting on Friday, October 4 on a new network on a different night of the week.

Yes, SmackDown is heading to the real FOX. Not FS1, not FS2. To channel Vince McMahon and his infamous WrestleMania announcement, “the granddaddy of them all,” FOX.

This change signals a massive shift in WWE’s culture, with rumors swirling that FOX is hoping for WWE to channel (no pun intended) the actual sports world and make things seem more real.

While those behind the scenes in WWE bring in guys like Brock Lesnar to make things seem more legitimate, stars across the sports world are doing the opposite, embracing the WWE-style elements to help promote themselves and their brands.

It may seem childish to the uninformed, or may still even feel cringeworthy to the select few who think the tactics are weird. However, the marketing techniques have been incredibly useful across massive leagues and companies like the NFL, the NBA and the UFC.

And, in the WWE’s own words in their recent ad promoting Smackdown on FOX, “we’re all superstars.”

The prime example recently has been San Francisco 49ers tight end George Kittle, who has truly embraced his professional wrestling fandom over the last year, and has subsequently turned himself into one of the league’s prominent offensive talents.

Last December, Kittle caught the eye of WWE fans when he rushed through a postgame press conference following a 26-23 overtime win for the 49ers over their divisional rival, the Seahawks, at home.

Kittle, wearing a Stone Cold Steve Austin shirt, was asked about his love of all things WWE, and seemed more interested in heading out of the arena and towards the SAP Center in San Jose for WWE’s “TLC: Tables, Ladders and Chairs” pay-per-view.

That was just the beginning, however, as Kittle kept sprinkling in little elements of his interest into his full-time job, even throwing a beautiful V-trigger at Richard Sherman during training camp this past summer.

Kittle been watching too much WWE 😂 @gkittle46 @RSherman_25 @WWE (via @CamInman)pic.twitter.com/vwUc0ZTWqc

The real kicker came almost a year after his appearance at WWE’s TLC, as Kittle channeled his inner Dwayne “The Rock” Johnson, screaming his version of the future WWE Hall of Famer’s signature catchphrase after the Niners’ latest win over the Pittsburgh Steelers.

“Can you smell what the Niners are cookin?!” Kittle asked.

The impression caught the attention of the man himself on Twitter, who praised the man he dubbed “The People’s Tight End,” earning Kittle a new nickname in the process.

IF YA SMELLLL what the NINERS are cookin’.. 👏🏾👊🏾 a long hard road ahead, but 3-0 is a helluva start. Keep havin’ fun boys. #eastbay #peopleschamp #peoplestightend @gkittle46 @49ers https://t.co/sSYqAwsdXw

A few days later during the 49ers’ bye week? Kittle, quarterback Jimmy Garoppolo and company were in attendance at the last SmackDown show on the USA Network, with Kittle rocking a WWE championship belt to complete the look.

And, after all of that, a legend was born. “The People’s Tight End” became a real thing, carrying over to Kittle’s appearance at the University of Iowa during the bye week. The gimmick shot Kittle’s stock through the roof, and created the next Rob Gronkowski in the process.

EXCLUSIVE: The @49ers' @gkittle46 is backstage at #SDLive to remind everyone he might have the best @TheRock impression in the GAME. pic.twitter.com/A0mOb6YbpV

Others across the NFL took notice of Kittle’s newfound fame as he shared his fandom, and got in on the action as soon as they could.

A few weeks prior to the Rock-involved chaos, Browns defensive star Myles Garrett showed off his love for the “Heartbreak Kid” Shawn Michaels, striking his infamous pose as part of his own celebration.

First person to notice Justin! I had to pay respect to the HBK ✊🏾 https://t.co/IAsLsWfSMo

But, the real question is, would any of these current NFL stars step into the ring while they’re key parts of their respective franchises?

One person certainly took advantage of the opportunity during his NFL career, and it’s only fitting that it’d be the most unpredictable man on the mic to ever step foot on a football field: former Patriots tight end Rob Gronkowski.

At WrestleMania 33 in 2017, Gronk stepped into the ring to help out his real-life friend Mojo Rawley in the “Andre The Giant Battle Royal,” sparking rumors about a potential new career path when the future Hall of Famer’s time on the field came to an end.

That moment in the ring left the desire for much more, with Gronkowski seeing the potential for success in a WWE ring, obviously aware of the incredible platform that he’d be able to utilize to build his brand even further.

At a press conference as Gronkowski announced his stake in CBDMEDIC, the former Patriots tight end left the door wide open on a return after his NFL retirement, but not just when it came to his football career.

>>RELATED: Out of Business: The full timeline of Antonio Brown’s 11-day tenure with the Patriots

“I don’t feel like I’d be a full-time wrestler,” Gronkowski said during the press conference. “But, there is one thing I’m down for, and that’s to do one crazy match. Like, practice it for a little bit and go in during a Royal Rumble and go out there, I got my friend in WWE. Practice it, do a full-on WWE match, I’m not saying when, maybe like five years, I’ve got the rest of my life to do that.”

“But I’m saying, I’ve always dreamed and always thought about doing that,” Gronkowski continued. “Just one time going in there and just going full out.”

New Boston Celtics center Enes Kanter, who has been rumored to be dating WWE superstar Dana Brooke, has a WWE title reign under his belt, winning the 24/7 title off of R-Truth at a recent WWE live event at Madison Square Garden.

Kanter’s built a useful brand off of his work on the microphone and on his social media channels, and has even expressed his own interest in heading to the WWE when the time comes for his NBA career to end.

“I actually plan on joining the WWE when I’m done with basketball,” Kanter said at Celtics Media Day in September. “This is serious.”

Enes Kanter was asked about winning the @WWE championship this summer at MSG & he shared that after the NBA he would do that pic.twitter.com/wCuq2zsokE

While some recognize the opportunity to join the WWE in a wrestling capacity, others have decided to take what they’ve learned from the likes of Vince McMahon, The Rock, “Stone Cold” Steve Austin and more to build their own legacies away from the ring. Need an example? Look no further than UFC fighters Conor McGregor and Colby Covington.

McGregor, whether you like him or not, is the greatest of all time on the microphone when it comes to UFC fighters promoting their own fights, and his character could seamlessly transition into the world of professional wrestling.

He talks the talk, he walks the walk (and even walks Vince McMahon’s signature walk…), and has turned himself into a millionaire with his ability to have a war with both his words and his fists.

He’s expressed his love and respect for McMahon and everything he’s built with the WWE, and McGregor should be thanking him for much of the money he’s been able to make because of it.

Bravo! Someone added the Vince McMahon 'No Chance In Hell' theme song to Conor McGregor's swagger walk from UFC 202. pic.twitter.com/tt9Y1WPWdV

Without stars like The Rock, Stone Cold and Shawn Michaels paving the way for their respective promo styles on WWE microphones, McGregor may not have been able to build his brand as effectively, considering he built up an audience consisting of many WWE fans who found new similarities between the UFC and WWE.

That brand is something Covington is trying to match in his own right, almost becoming a carbon copy of WWE Hall of Famer Kurt Angle’s old gimmick as a true American hero.

Covington has tried very hard to build up his own persona, gaining “heat” by wearing “Make America Great Again” hats in promos and at UFC events, and even visiting President Donald Trump at the White House with his UFC belt. He’s had the Trump family as guests at his UFC fights, and has successfully turned into a fighter that fans love to hate in the process.

To top it all off, Covington was able to use Angle’s entrance music as his own walkout song for his most recent fight against Robbie Lawler in August, even garnering the same “You Suck” chants to the beat that Angle got during his WWE career.

Many people are quick to throw professional wrestling and the WWE to the side because of the notions that it’s fake and for children.

But, whenever someone says that, just let them know that many of their favorite sports stars have built up their own unique careers with elements they learned by watching these events as kids, and even adults.

As SmackDown heads to Fox and debuts on October 4, make sure to give it a shot, and see if you can sense any similarities that the WWE is borrowing from real sports like the NFL, NBA and UFC to give it a more legitimate feel.

At the same time, try to take note of things you notice marketable athletes doing in press conferences and on the field, court, or in the Octagon. You’ll be surprised to see a lot more similar elements than you may have originally thought.

The Swing of Things ‘We’re all superstars’: WWE’s influence across sports world continues to grow as company’s deal with FOX begins
%d bloggers like this: