As NBA players return to their respective teams and participate in media days across the country, fans can officially rejoice for the start of the 2019 season.

While media days and the first looks at players in their new digs is usually a good sign that the beginning of the year is on the way, others tend to get their signals from the release of the latest “NBA 2K” game.

This year’s rendition, “NBA 2K20,” has caught some flack when it comes to online gameplay and some slight glitches in its first month on the shelves, but other basketball fans will always enjoy anything that 2K puts out.

But, no matter how any game comes out, the question every year remains the same: where could this rank when it comes to the greatest NBA video games of all time?

To try and dunk on that debate once and for all, it’s time to dive in and look at the six best NBA video games to ever be released.

This one is a personal favorite for me, with an incredible variety of legendary players to pick and choose from if you were looking to put a hurting on your friends back in the day.

This game had it all, with three different versions of Michael Jordan to go alongside a roster that included legends like Julius Erving, Larry Bird, Bill Russell and Magic Johnson, and current (at the time) stars like Kobe Bryant, Allen Iverson, Tim Duncan and Kevin Garnett.

The soundtrack fit exactly how it needed to for what the game was, with classic hip hop tracks serving as the perfect background element for the wacky gameplay on the park court.

The different power-ups and handles that players could utilize gave the game its own flavor, and made it an amazing alternative to the more “realistic” simulation-type of game like “NBA Live” was.

All the 2K team needs to do now is make their current Park gameplay the same as what “NBA Street” was back in the day, and they’d instantly have the perfect basketball game for any fan.

You can’t discuss the best NBA games of all time without bringing up the true OG for most sports fans: “NBA Jam.”

This game is so good that writers and gamers alike still debate how good certain modern-day duos would fare in the “NBA Jam” universe. LeBron James and Anthony Davis? How about James Harden and Russell Westbrook? What about Kawhi Leonard and Paul George, or Steph Curry and Klay Thompson?

>>RELATED: The Doc Rivers connection: A statistical comparison between the 2008 Celtics and 2019 Clippers

When a game has that sort of longevity to it, you know you have something special. It wasn’t anything too crazy, but its 2-on-2 arcade gameplay made it easy to pick up and fly through a game with.

It was such a good game that it was updated and put on PlayStation 3 and Xbox 360 a few years back, with players able to use legends or current NBA stars like the Big Three in Miami, Boston’s own “Boston Three Party,” or the star-studded Bulls and Lakers at the time.

NBA Playgrounds has brought gamers back to the “NBA Jam” days a bit recently, but nothing can match the original, and it earns its spot in the top five on this list. 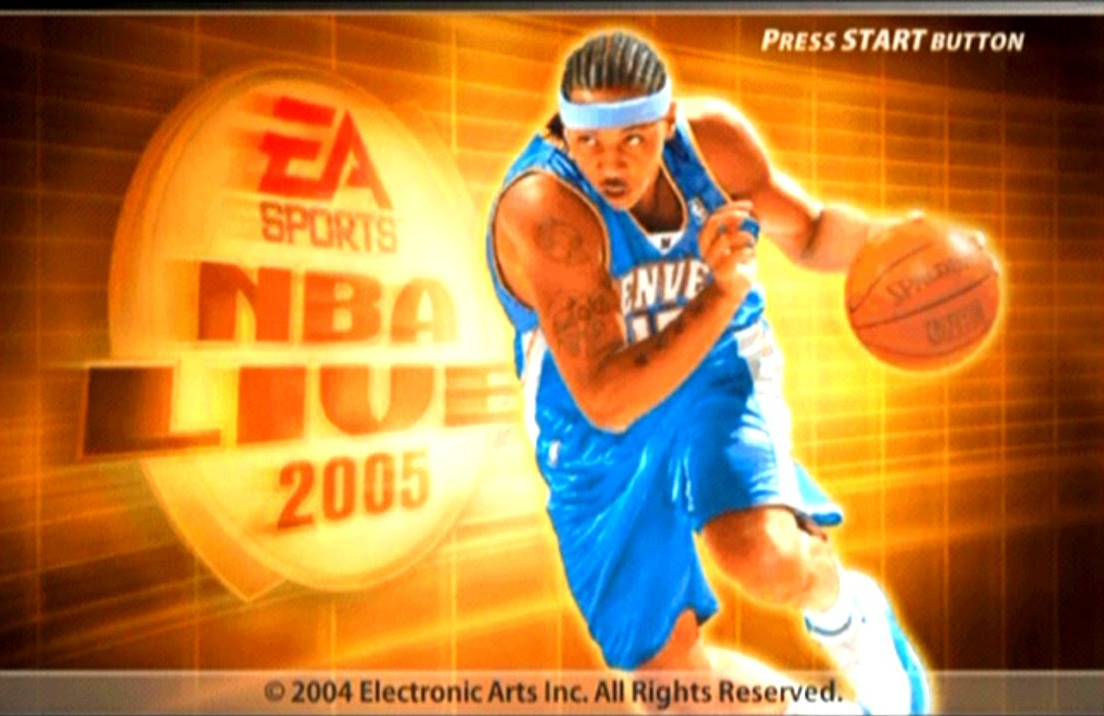 As far as “NBA Live” games are concerned, this is the one I grew up with, and it’s my personal favorite in that specific franchise, taking home a respectable fourth spot on this list.

“NBA Live 2005” was a real game-changer when it comes to basketball games, evident by the introduction of the NBA’s All-Star Weekend. The Three-Point Contest always provided for some great drama in battles with friends, the Dunk Contest gave more of an entertainment value and the All-Star Game itself is hard to mess up.

Add in the mix of fresh talent that was on the rise around the time of the game’s release, featuring Carmelo Anthony on the cover and a young LeBron James to work with, as well, and you had a lot to work with in this installment of the franchise.

Gamers also had the usual suspects to work with, especially with exhibition games or season modes with stacked teams like the Lakers, Spurs, Pistons or Kings.

It was a solid, well-rounded game, and I challenge anyone to a Three-Point Contest right now with Peja Stojaković. Try me, I dare you. I’ll drop perfect 30’s on you without breaking a sweat. 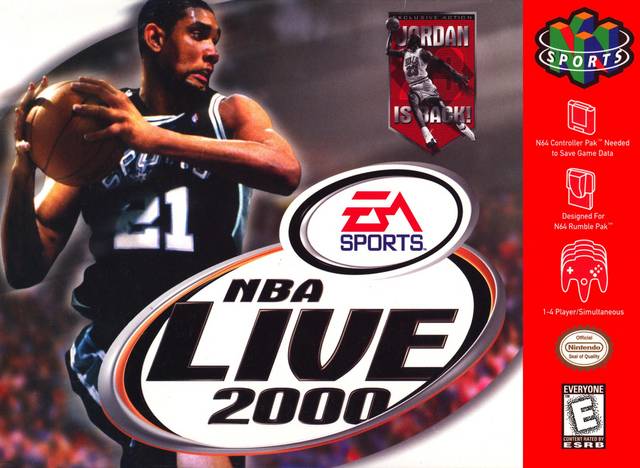 Full disclosure: I never played this installment in the “NBA Live.” But, it’s the first NBA game to officially include Michael Jordan, and that’s all I need to know to throw it on this list.

I’m a big fan of games that help to break molds or add new elements that forever change the culture when it comes to their respective sports in the gaming world. It’s the reason I love “Madden NFL 2005,” why I loved “MVP Baseball 2005” and why I put “NBA Live 2000” in such a high spot on this list.

This game was the first to feature NBA legends alongside current stars in the league, which meant it was the first to implement Jordan in a legitimate capacity. Without a game like this paving the way, you wouldn’t have the ability to match up the classic Bulls lineups with Jordan, Scottie Pippen and Dennis Rodman against the LeBron James-led Miami Heat, or the Celtics’ “Big Three.”

The gameplay isn’t anything phenomenal by today’s standards, but it was also the first to factor in “One-on-One” gameplay, which also paved the way for you to pit Jordan and James in head-to-head games in the park in current versions of “NBA 2K.”

It was a true trailblazer when it comes to basketball video games, and for that, “NBA Live 2000” earns my respect and the third spot on this “Pick-Six.”

This number two spot was incredibly difficult to nail down, as I tried to include a game from every era so far. We had our classics with “NBA Jam” and “NBA Live 2000,” and we had the in-between with games like “NBA Live 2005” and “NBA Street Vol. 2.”

Now, it was time to flash forward a few years, and highlight one of 2K’s newer games to showcase some serious improvements in graphics and gameplay. You could honestly throw any of the new games that come out each year into this slot based on graphics alone, but I decided to go with “NBA 2K17” to take the second slot in these rankings.

It’s incredibly tough for a developer to nail everything when it comes to a video game: the graphics, the gameplay, the game modes and the actual soundtrack. Somehow, 2K really started to nail it in the 2010s, and 2K17 was a prime example of that.

Great graphics? Check. Incredible gameplay? You bet. Game modes? You’ve got plenty of options. The soundtrack? Give me a mix of Drake, Outkast, Jay-Z and G-Eazy and you’re set.

So many people think this is one of the best, if not the best basketball game of all time, but it’s tough to remember it with the way 2K tops itself year after year. It sticks out to me, and should be held in high regard when you think of the great NBA video games to ever come out. 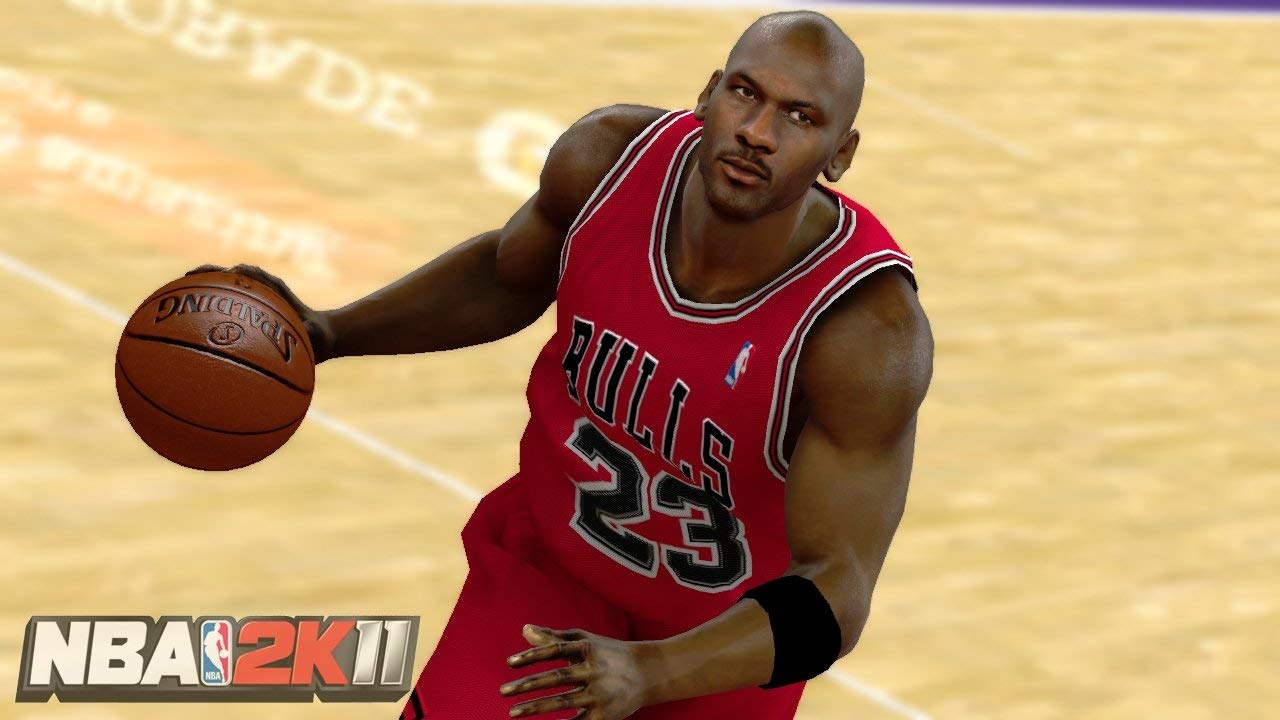 Any “NBA 2K” fan had to see this coming, and in my mind, it’s not even close.

The build-up to the release of “NBA 2K11” was insane, and it somehow still managed to outdo everyone’s expectations with its final product. Any game that’s completely based around Michael Jordan is going to be incredible, but the developers at 2K still found a way to turn it into a masterpiece that can’t be touched.

The game featured numerous classic Jordan teams from his days with the Bulls, alongside some legendary squads like the 1985-86 Celtics, the 1997-98 Jazz and the 1991-92 Trail Blazers.

It was also right around the peak of squads like the 2010 versions of the Heat (LeBron James, Dwyane Wade and Chris Bosh), Celtics (Paul Pierce, Kevin Garnett and Ray Allen), Lakers (Kobe Bryant, Pau Gasol and Ron Artest), and Spurs (Tim Duncan, Tony Parker and Manu Ginobli). All of that talent in one game is disgusting, and if that’s not enough, there was a whole “Jordan Challenge” series for you to dive in on and enjoy.

“NBA 2K11” was just perfect for many basketball fans, and really set the tone for today’s graphical improvements and superstar squads that many take for granted. I wouldn’t be surprised if the 2K team finds a way to beat this game in the coming years, but for now, this game cannot and will not be touched in its top spot.

23 thoughts on “Pick-Six: Best NBA video games of all time” Leave a comment ›