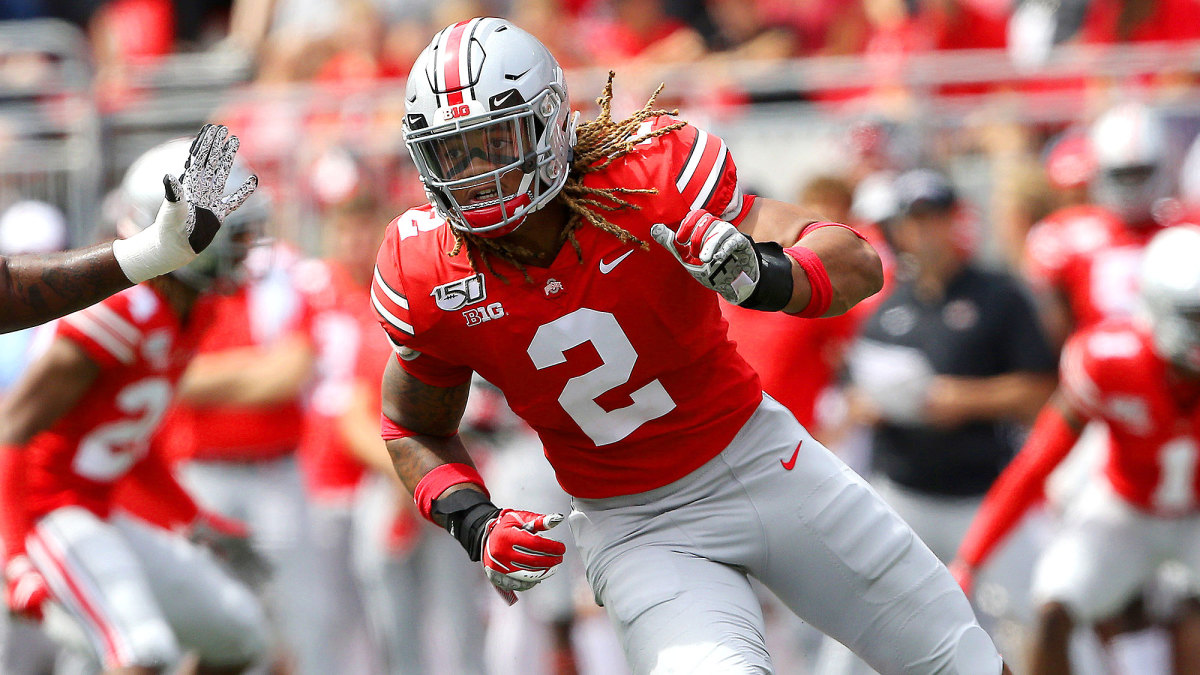 As a result, hundreds of players found themselves new homes, either by being drafted or picked up in free agency after the fact, and began the transition from the collegiate football scene to the shark-infested waters known as the NFL.

While fans build up their excitement for their respective squads’ rookie classes, there is always some doubt that creeps into minds across the country, wondering whether or not a first-round pick was worth the risk, or if their second-rounder will pan out as a professional.

In other cases, people who followed a player’s collegiate career and saw where they ended up in the NFL know that they’ll be just fine. It’s a select group of individuals who wind up in that boat, but their track record and positioning in an organization both speak for themselves.

To break it all down, here are 10 rookies, in order of when they were drafted, who have the best chance to succeed immediately when they put on their new uniforms for the first time this fall (or whenever the 2020 NFL season gets going).

The second overall pick in the 2020 NFL Draft, Chase Young is a terrorizing new presence in the Redskins’ defensive scheme, and could be lighting up quarterbacks quickly when he takes the field in Maryland to represent the nation’s capital.

>>RELATED: 2020 NFL Draft: Why this year’s quarterback class will benefit from entering the draft this year

His team’s offense isn’t anything to write home about, so he could be seeing the field a lot in 2020 as a result. Combine that with one of the weakest divisions in the NFL to compete against, and it could be a big year for the Ohio State product.

The Lions made a big splash in the offseason when they shipped star cornerback Darius Slay off to the Eagles, and had a similar impact in the 2020 NFL Draft when they jumped on their own Ohio State alum, cornerback Jeff Okudah, with the third overall pick.

With Desmond Trufant standing as the only real competition between Okudah and the top spot in the Lions’ CB depth chart, Okudah could be in for a treat in his rookie campaign, especially with Nick Foles/Mitchell Trubisky and Kirk Cousins as the opposing quarterbacks for four of Detroit’s 16 regular season games.

The Cardinals are sneakily becoming a true contender in the NFC West, and potentially the NFC as a whole, and adding Clemson linebacker Isaiah Simmons only adds to the hype heading into the 2020 season.

Simmons will have the chance to learn from a parallel comparison in the form of Chandler Jones, one of the league’s most underrated defensive players, and his freak athleticism will help him mesh into any role that Arizona needs him to fill. Between the leadership surrounding him defensively, and all of the team’s talent offensively, things are looking up out West.

It’s not an awful gig when you’re an offensive lineman and the first team you join in the NFL features Tom Brady at quarterback, Rob Gronkowski next to you at tight end, and receivers like Mike Evans and Chris Godwin getting open to bail you out if you miss a block.

>>RELATED: Rob Gronkowski heading to Buccaneers: Breaking down the trade and the Patriots’ return

Iowa’s Tristan Wirfs was praised in the weeks leading up to the draft for his sheer athleticism, and he’ll have plenty of talent around him to make him look like a star if he can hold his own throughout his rookie season. If all goes well, he could be in for a serious payday in a few years.

The 49ers, much like the Lions, were forced to pick up a big rookie name defensively after getting rid of an established veteran at the same position following the trade involving star defensive lineman DeForest Buckner. Enter South Carolina’s Javon Kinlaw.

>>RELATED: What’s next for the sports gaming scene as the NFL and 2K announce new partnership?

San Francisco already boasts one of, if not the best defensive line in the NFL, highlighted by Nick Bosa and Arik Armstead. Add in Kinlaw to replace the void left by Buckner’s departure, and things could keep humming as usual for the reigning and defending NFC champions.

Broncos quarterback Drew Lock already had a ton of hype around him as he prepares for his sophomore season, but that stock skyrocketed through the first two days of the 2020 NFL Draft when Denver grabbed Alabama’s Jerry Jeudy and Penn State’s KJ Hamler to add to their wide receivers room.

>>RELATED: New year, new era: Which player in the MLB, NBA, NFL and NHL defined each league in 2019?

Hamler could end up being a solid weapon for Lock for the next few years if he lives up to his potential, but Jeudy could undoubtedly turn into WR1 in the team’s depth chart come Week 1. It’ll be a battle for the top spot with Courtland Sutton, but Jeudy has the athleticism and talent to take over and become Lock’s top target in 2020. If the two click off the bat, the rest of the AFC West better watch out.

Similar to Jeudy, Oklahoma’s CeeDee Lamb could turn into a household name in the next year or so, especially if Dak Prescott turns to him in big moments while Amari Cooper gets a lot of attention from opposing defenses.

The Cowboys have always had a lot of weapons offensively, but never where Prescott necessarily needs them. They’ve had solid receivers in recent years, but depth has always been an issue, and when injuries pile up, it gets tough for Prescott to find a target that he trusts.

The team got some needed production from Michael Gallup in 2020 to take the load off of Cooper at times, and adding Jeudy gives Prescott the ability to spread the wealth in a freesh offense led by new head coach Mike McCarthy.

Many argued Lamb was the best receiver available in the 2020 draft class, and he’ll have the opportunity to prove that in his first year in Dallas.

Get this: Heading into the 2020 NFL Draft, the Chiefs offense already included a previous league MVP and reigning Super Bowl MVP like Patrick Mahomes, along with a who’s who of offensive weapons in wide receivers Tyreek Hill and Mecole Hardman, tight end Travis Kelce and running back Damien Williams.

Then, they added the perfect player to make things even better: a receiving running back in Clyde Edwards-Helaire.

>>RELATED: LSU’s football team is proving how important social media can be in the world of sports

The 32nd overall pick in the 2020 NFL Draft, the LSU product could be in the biggest boom-or-bust situation of any first rounder, outside of possibly Dolphins quarterback Tua Tagovailoa. With so much talent on offense, it may be tough for Edwards-Helaire to find a spot to contribute and make a name for himself.

However, with Mahomes throwing the ball and creating opportunities for him, he could be a star in the making down in Kansas City.

The Ravens were stellar with quarterback and league MVP Lamar Jackson and running back Mark Ingram heading up the team’s offense in the backfield in 2019, and things got even better when they picked up Ohio State running back J.K. Dobbins in the second round of the draft.

Dobbins recorded 23 touchdowns in his final season as a Buckeye, and brings some serious big-play ability to Baltimore to give the team even more options offensively. Whether it’s work out of option plays or screens, Dobbins has the speed, power and overall explosiveness to give AFC North rivals some serious nightmares and headaches in 2020.

As if the Ravens weren’t scary enough in 2019, they added some serious firepower when they drafted Dobbins this offseason.

A Boston College product who went a bit under the radar in the 2020 NFL Draft, running back AJ Dillon may have landed in the best spot possible to accommodate his build and skillset.

The new member of the Green Bay Packers will be the team’s latest attempt at finding its next great running back to line up next to Aaron Rodgers in the backfield. But, Dillon is a bit more intriguing than previous years’ draft picks.

He’s a powerful and bruising running back, and may provide some more “oomph” in the team’s running game to take some pressure off of Rodgers, wide receiver Davante Adams and the rest of the young Packers offense.

If Dillons takes off like he did at Boston College, the rest of the NFC North could be icing some serious bruises for years to come after trying to tackle him in the Lambeau Field cold.