After a bit of a delay due to the concerns surrounding COVID-19, the 2020 NFL season’s schedule was finally released on May 7, sending fans into a frenzy about each team’s upcoming matchups.

With new uniforms for plenty of the league’s stars, and loads of talent coming into the league following the 2020 NFL Draft, the season can’t get here soon enough for football fans who are dying for a return to normalcy.

To help fans manage their excitement and get their calendars ready so that they don’t miss the league’s marquee matchups, it’s time to break down the top six games on the 2020 NFL schedule:

Many fans in New England had this game circled on their calendars for years when the league’s schedule rotation determined that the 49ers would be in town in 2020.

It seemed like it would be the first game between mentor Tom Brady and his former Patriots mentee Jimmy Garoppolo, and would serve as the latter’s first chance to get revenge on the team that shipped him off to the West Coast.

Now, the NFL is a whole new world. Brady took his talents down to Tampa Bay, and the Patriots are left with a different young quarterback that they view as the future of the franchise: Jarrett Stidham. Meanwhile, the 49ers enter the 2020 NFL season as the defending NFC champions, looking to bounce back after a Super Bowl LIV loss to the Chiefs.

Can Garoppolo, head coach Kyle Shanahan and the 49ers’ star-studded defensive line wreak havoc on the newly-appointed king in Foxborough, or will Stidham, head coach Bill Belichick and the Patriots’ own highly-rated defense prove that they’re still the force to be reckoned with in the AFC?

Chiefs vs. Ravens. The AFC Championship game that fans deserved, but didn’t get last year.

>>RELATED: New year, new era: Which player in the MLB, NBA, NFL and NHL defined each league in 2019?

The reigning MVP in Ravens quarterback Lamar Jackson squaring off with the MVP from the year prior, Chiefs quarterback Patrick Mahomes. Speedy receivers like Tyreek Hill and Mecole Hardman for Kansas City, both looking to outperform Baltimore’s young offensive stars like receiver Marquise “Hollywood” Brown and tight end Mark Andrews.

Neither team has shown any signs of stopping after successful 2019 campaigns, and it appears as if they’ll be on a collision course in 2020 en route to a high-profile showdown in Baltimore.

The Cardinals are a big wild card when discussing the biggest matchups in 2020, considering the addition of wide receiver DeAndre Hopkins to coincide with quarterback Kyler Murray’s sophomore season.

Add in the fact that they play in arguably the most difficult division in the league with the Seahawks, Rams and defending NFC champion 49ers, and any game they play turns into a must-watch.

The NFC West has churned out Super Bowl representatives in each of the last two seasons, but consistency proved to be an issue for the Los Angeles Rams in their attempt to repeat as conference champions in 2019. Will the 49ers run into the same problem? Will the Cardinals be able to take advantage of the opportunity if they do?

Unfortunately for head coach Kliff Kingsbury and company, the 49ers aren’t the only team for Arizona to worry about. Sure, the Cardinals-49ers games will be fun ones to watch, but Murray going up against his parallel in Seahawks quarterback Russell Wilson will be the real treat. In the end, it makes either of the two Cardinals-Seahawks matchups contenders for a potential game of the year.

If the Cardinals can live up to the hype in 2020, they could make some serious noise once the playoffs roll around, and could even take down the 49ers and the Seahawks in the process. It’ll be an intriguing NFC West matchup for fans to enjoy twice in 2020, and could serve as yet another changing of the guard in the division.

It’s tough to get away from the Chiefs and Patrick Mahomes in this day and age in the NFL, and it’s always been impossible to avoid Tom Brady’s presence.

But, who would’ve thought that the Chiefs playing the Tampa Bay Buccaneers would be one of the most star-studded games of the 2020 NFL season, even if you had asked them back in February?

With the Buccaneers adding Brady to lead their offense under center, and bringing Rob Gronkowski back from retirement, many football fans and pundits will likely pick this as a potential Super Bowl matchup before the season begins. If that ends up coming true, everyone will get a preview of what’s to come when the Chiefs battle the Bucs during the regular season.

>>RELATED: Rob Gronkowski heading to Buccaneers: Breaking down the trade and the Patriots’ return

Brady. Mahomes. What else do you need to say after each of their previous three battles over the last two years?

These two teams put on arguably the game of the year in 2019. Can they run it back in the same fashion in 2020?

>>RELATED: 2020 NFL Draft: 10 rookies who can succeed immediately with their new teams

Which NFL team ended up with Sanders when the dust cleared during free agency? The Saints. Quarterback Drew Brees now gets to add a former 49ers rival to an offense that already included stars like running back Alvin Kamara, wide receiver Michael Thomas, and even a multi-use threat in utility man Taysom Hill.

Fireworks are almost guaranteed for when these two teams play in 2020, so don’t look away from the television when this one gets going this season. 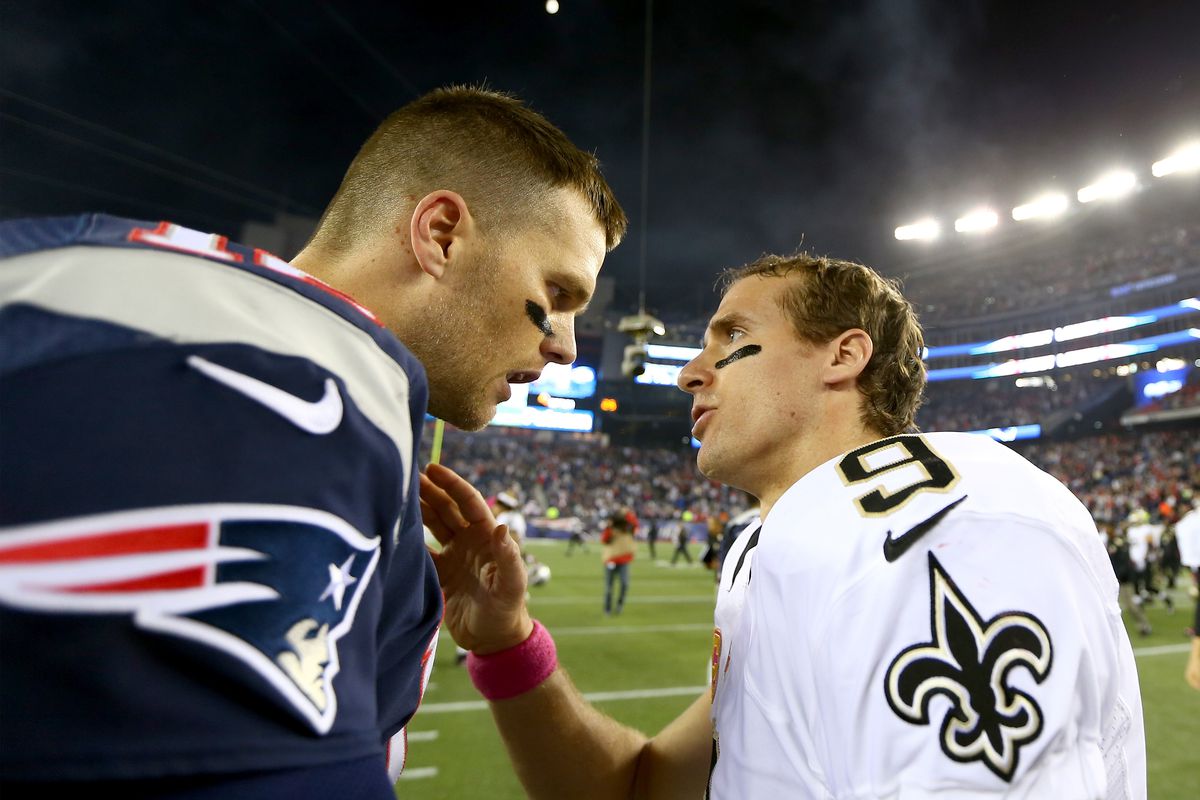 Tom Brady vs. Drew Brees for the first time as divisional rivals. As Maximus once said in the movie Gladiator, “Are you not entertained?”

The NFC South turned into a melting pot of the league’s hottest stars this offseason, with the Saints signing Emmanuel Sanders as previously mentioned, and the Buccaneers turning into a Super Bowl contender with the additions of former Patriots stars Tom Brady and Rob Gronkowski. The Panthers picked up quarterback Teddy Bridgewater in free agency, and the Falcons remain as the last NFC South team to qualify for the Super Bowl.

>>RELATED: End of an era: Breaking down Tom Brady’s 10 best games with the Patriots

All in all, that creates quite a round-robin for each team to contend with, with each team forced to face divisional rivals a total of six times throughout the season (if the full schedule remains intact).

The highlight of all of that madness will surely be the first meeting between the Buccaneers and the Saints, with Brady looking to prove a point and solidify his status in his first divisional game against Brees. It’ll be a battle of two powerhouse offenses, and the start of an incredible rivalry in the NFC South.

The Swing of Things Pick-Six: Best games to look forward to on the 2020 NFL schedule
%d bloggers like this: