With just under two months to go until the greatest stage that WWE has to offer, fans can officially say they’re on the road to WrestleMania.

The battle lines are already being drawn for the show’s biggest feuds, but there’s still plenty of speculation ahead as it relates to filling out the rest of the two cards. With all of that in mind, it’s time to put together the ideal matchups for NXT TakeOver: Tampa and WrestleMania 36 following the results from NXT TakeOver: Portland.

This match is a guarantee after Johnny Gargano’s interference during the NXT Championship match between Tommaso Ciampa and Adam Cole in Portland, but there are still plenty of questions left to be answered.

With Gargano as the heel this time around, there are numerous options for NXT to work with. The duo seemed like they were heading towards the first-ever Hell in a Cell match at a TakeOver event last year had Ciampa not been injured ahead of WrestleMania weekend, so that could be a possibility a year later to end the rivalry once and for all.

>>RELATED: ‘This is our fight’: Why NXT, not AEW, is changing the landscape of the professional wrestling world

Another idea would be a “Three Stages of Hell” match, with a regular match, a Street Fight and potentially competing inside of Hell in a Cell or a steel cage to end it off when the two inevitably each take one of the first two matches.

The options are endless, but this should be the main event in Tampa, and it could turn into the ultimate revenge story for Ciampa.

Adam Cole will officially break Finn Balor’s record for the longest NXT Championship reign by the time NXT TakeOver: Tampa rolls around, so it seems as if we’re nearing the end of his tenure with the title. What better way to end it than to finally give the Velveteen Dream his moment during WrestleMania weekend?

Dream takes out Roderick Strong on the first NXT show after Portland, then there’s about a month of buildup to work through before the brand takes over Tampa. He may have to get through Finn Balor, and possibly the other members of the Undisputed Era in the process, but eventually, the Dream will get his shot at Cole and his first NXT title reign.

If Ciampa had beaten Cole at NXT TakeOver: Portland, Balor could’ve been thee next in line to square off for the NXT title after his win over Gargano. But, with how the main event turned out, it seems as if Balor may need to lie in wait and keep himself busy elsewhere instead.

Keith Lee needs a high-profile feud if they’re looking to push him to the moon in 2020 like WWE higher-ups seem to be planning for, and the way to get him over the hump may be to match him up with the Prince in Tampa for the NXT North American Championship. 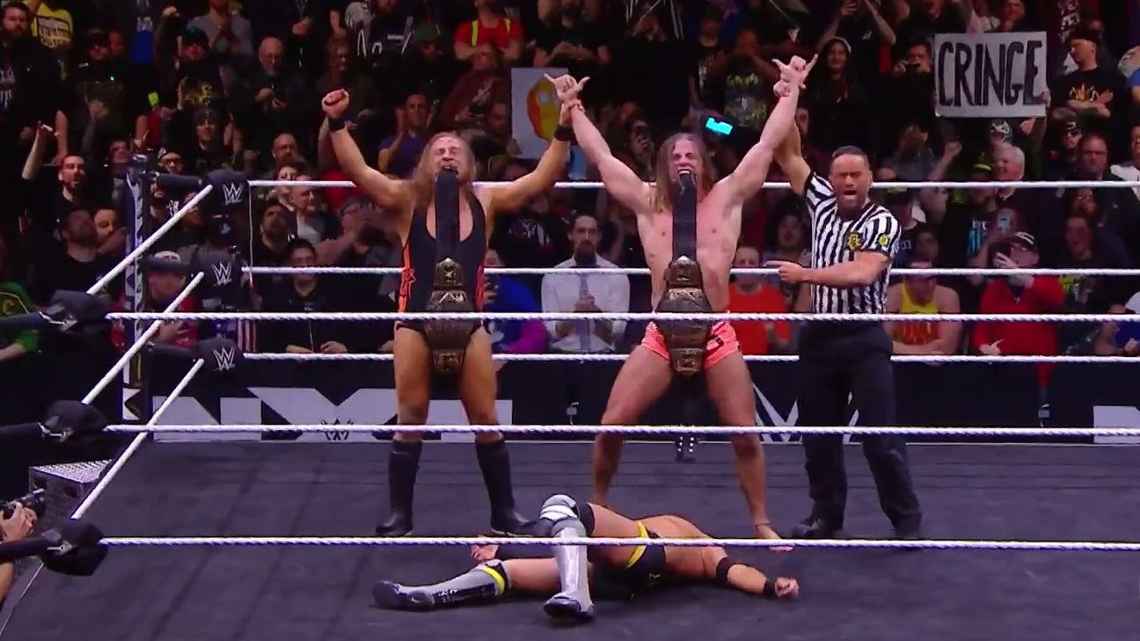 These two tag teams put on an instant classic in Portland when the BROserweights took down Bobby Fish and Kyle O’Reilly for the NXT Tag Team Championships, and they could easily steal the show again if they run it back in Tampa.

If the show needs some more variety, the match could add in a team like Pete Dunne’s former partners, Moustache Mountain, to put in a perfect wrinkle for Dunne to compete with. Regardless, these two teams just work well together, and striking while the iron’s hot in Tampa seems like the smart move.

Given the interference from Raquel Gonzalez during Tegan Nox and Dakota Kai’s first TakeOver match in Portland, it makes sense for Nox and Kai to rematch in Tampa with some higher stakes.

This match is already locked in given Drew McIntyre’s decision following his Royal Rumble victory, and at the moment, it seems like this match could main event the whole show.

Give McIntyre his moment over “The Beast” Brock Lesnar to win his first world title in WWE, and begin the push to make the Scottish Psychopath the face of the company.

The options for Roman Reigns’ WrestleMania opponent at this point are obvious, and he’s almost guaranteed to be the challenger for the Universal title by the time the event rolls around in April. The question is: who will be the champion by that time?

“The Fiend” Bray Wyatt will be defending his championship against Goldberg in Saudi Arabia at Super ShowDown in a few weeks, much to the chagrin of many fans.

Why are fans upset with the match? They’re scared of the potential for Goldberg to ruin another Universal Championship reign in advance of a WrestleMania title defense, and this victory for the wrestling legend would turn into a match with Reigns on the biggest stage of them all.

Ideally, WWE does the right thing and has Wyatt take out Goldberg, leading to a match with Reigns at WrestleMania in April. With Daniel Bryan’s future uncertain through all of this, he could potentially be added to take a pinfall and protect “The Fiend” in the process.

Given the history between these two, leading back to the tri-branded triple threat match at Survivor Series in November, this match makes a ton of sense, and has the potential to steal the show at WrestleMania, potentially as the main event if a certain “Rowdy” one gets involved. 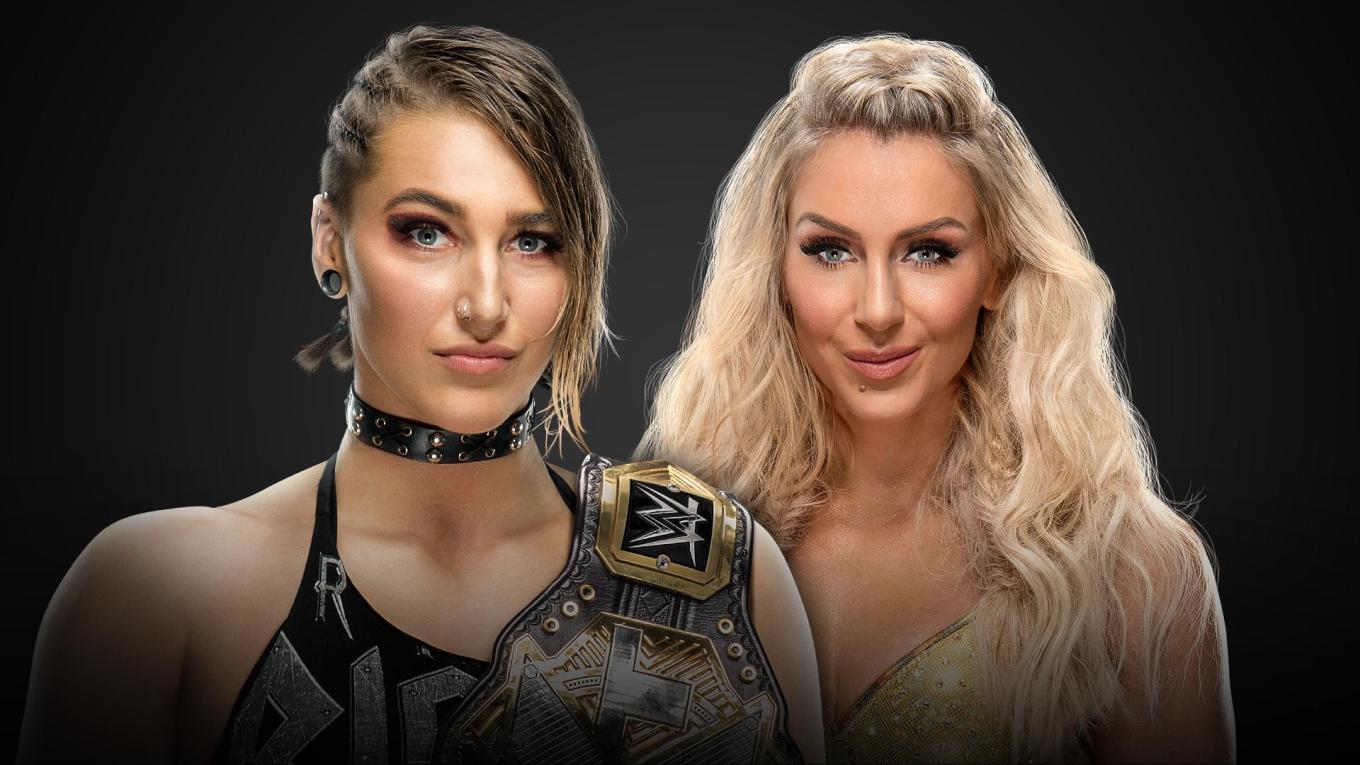 In a shocking move, Charlotte Flair decided to use her title shot from her Royal Rumble victory to head back to where it all began, taking on Rhea Ripley for the NXT Women’s Championship at WrestleMania 36 in Tampa.

There’s a lot of great storytelling here, especially given NXT and Full Sail University’s presence in Florida, and the history that Flair has with the brand as a whole. WWE could benefit from running a similar storyline with Seth Rollins in the next few months, especially if they’d want a fresh feud for Tommaso Ciampa or Velveteen Dream if either win the NXT Championship.

But, these two have already showcased an incredible amount of intensity in their feud, and it’ll all come to a head at WrestleMania 36 with some gold on the line.

AJ Styles vs. The Undertaker

This match has been rumored for about a week at this point, disappointing numerous wrestling fans in the process who worry about The Undertaker’s ability to perform at 54 years old.

>>RELATED: ‘He’s been pretty good at everything he’s done’: The possibilities are endless for Rob Gronkowski with FOX Sports

But, if there’s anyone who can get a great match out of The Deadman, it’d be AJ Styles.  He’ll be able to work an incredible feud in the buildup to WrestleMania with or without ‘Taker present at each show, and it could resolidify Styles as a main event-level talent in WWE for 2020 in the process.

There’s the potential that this match happens at Super ShowDown in Saudi Arabia at the end of February, but if WWE can showcase some patience, Edge and Randy Orton could put on the perfect match at WrestleMania 36.

The feud has written itself, given the history the two have with their Rated RKO tag team, and the shocking turn from Orton on his former partner after Edge’s return in the Royal Rumble in January. Give them a few extra months to add to the whole story, and the payoff could be enormous midway through the WrestleMania card.

This match would be the perfect contest to kick off WrestleMania 36, and WWE could get crazy by placing the three in a ladder match to truly showcase their skills. Give these three 20 minutes to start the show, or give Andrade and Rey Mysterio the same time with a “Hair vs. Mask”-type of match, and the crowd will be roaring to start the night.

Seth Rollins has certainly taken a fall since WrestleMania 35, where he kicked off the show by winning the Universal Championship against Brock Lesnar and ended The Beast’s reign of terror. As a result, he may find himself defending the RAW Tag Team Championships alongside Buddy Murphy against three other teams: Samoa Joe and Kevin Owens, the Viking Raiders and the Street Profits.

>>RELATED: Can the XFL succeed as they enter the football fray in 2020? The early numbers say yes

SmackDown Tag Team Championships: The New Day (c) vs. The Miz and John Morrison vs. The Revival vs. The Usos

Similar to the RAW tag team title scene, SmackDown could have itself a multi-team match to fit in a ton of talent on the preshow and get the crowd going early on in the night. With The New Day, The Miz and John Morrison, The Revival and The Usos to potentially fit on the show, why not throw them all in one match and let them steal the show?

The SmackDown Women’s Championship has unfortunately taken a backseat to the women on RAW and NXT over the last few months, and it seems like the blue brand’s women’s title match could land on the WrestleMania preshow as a result.

Bayley will either square off with Carmella or Naomi in a historic match at Super ShowDown, and the other will likely get the shot at WrestleMania about a month later. If not, this could turn into a Battle Royal of sorts, with numerous women getting a WrestleMania moment in a title match.

What do you want to see at NXT TakeOver: Tampa or WrestleMania 36? Let us know by following @SOTSports on Twitter or by liking our Facebook page!

One thought on “2020 WrestleMania weekend: The ideal cards for NXT TakeOver: Tampa and WrestleMania 36” Leave a comment ›