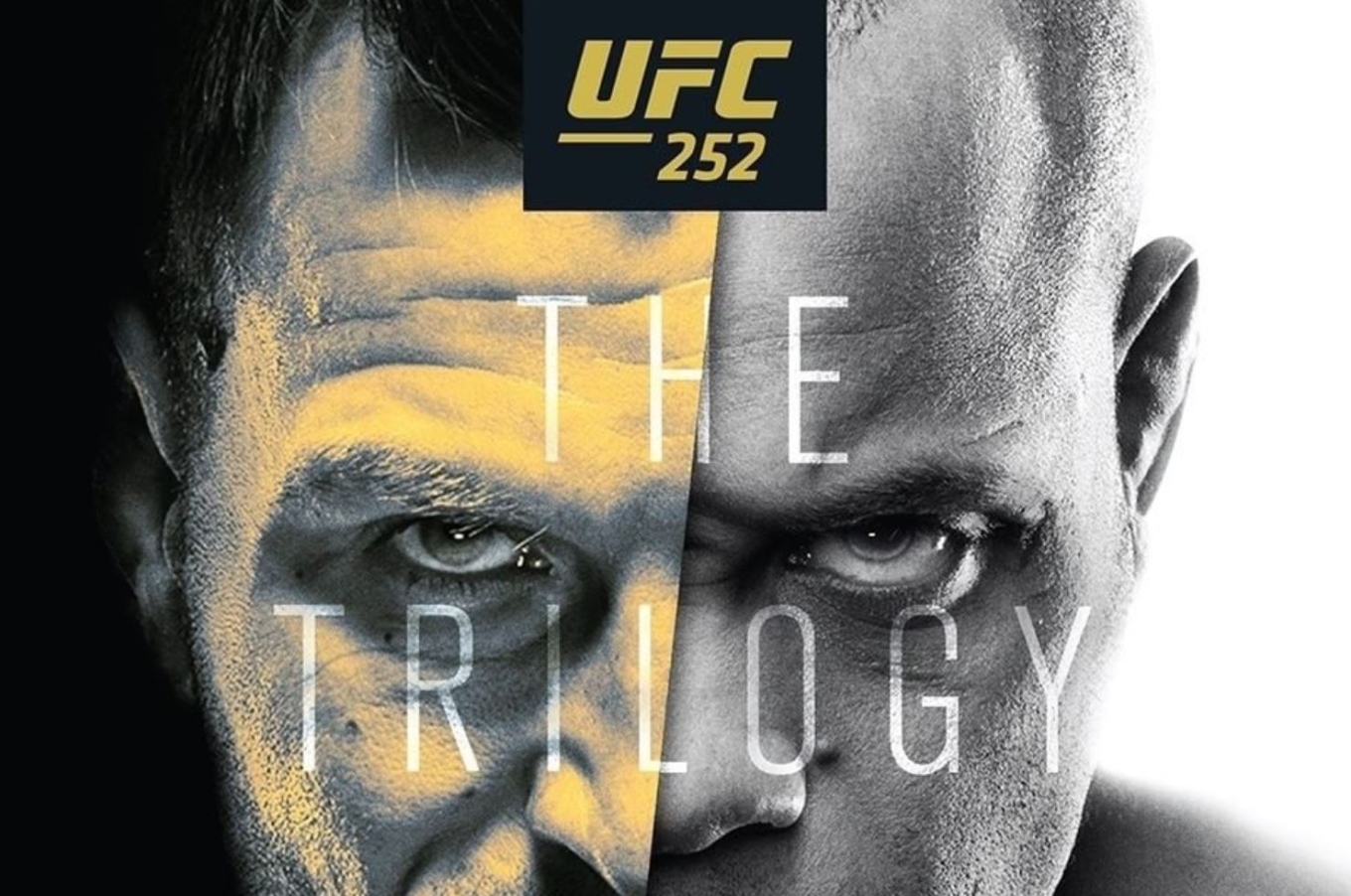 For the third time since 2018, UFC fans are preparing for a highly-anticipated card featuring an iconic main event between Stipe Miocic and Daniel Cormier. And, if things go according to plan for the challenger, it may be the last time viewers at home ever get to prepare for a Cormier fight.

Throughout the COVID-19 pandemic, sports fans have been scratching and clawing for whatever they can get after multi-month postponements of the MLB, NBA and NHL seasons. Many turned to the UFC, which began its push without fans at UFC 249 on May 9 and hasn’t looked back since.

Whether you’re a new fan to the UFC, or someone who has been watching through each of Miocic and Cormier’s bouts in the past, it’s time for a crash course before UFC 252 goes live from Las Vegas on Saturday night.

At UFC 226 in July 2018, a historic rivalry began when Miocic first defended his heavyweight championship against Cormier, who was the reigning light heavyweight champion at the time. The bout lasted less than five minutes, with Cormier knocking out Miocic towards the end of the first round to change “D.C.” from “Daniel Cormier” to “Double Champion.”

A year later, Miocic got his rematch against Cormier in the main event of UFC 241. Both fighters delivered throughout the first few rounds of the fight, but Miocic got the last laugh after some mid-fight tweaks to his strategy that inevitably led to a fourth-round TKO.

Almost a year to the day of that UFC 241 bout, the two will clash one final time in a fight being marketed simply as “The Trilogy.” Will Miocic successfully defend his championship and solidify himself as the greatest heavyweight the UFC has ever seen? Or will Cormier live up to his word and finish his own career on top, holding the heavyweight title in the center of the Octagon?

It’s one of the biggest main events in UFC history, and fight fans across the world will be sitting on the edge of their seat when the two fighters step into the cage on Saturday night.

Some will call August 15’s card UFC 252, but others will simply reference it as “The Suga Show.”

One of the biggest winners of the UFC’s COVID-19 era, “Suga” Sean O’Malley has turned into an absolute star with his superb striking, popular personality and fancy ‘fro. He has recorded two knockout wins in the last five months, finishing José Alberto Quiñónez at UFC 248 in March and Eddie Wineland at UFC 250 in June.

>>RELATED: Are UFC fights better with no fans in attendance?

Next up for O’Malley is Marlon Vera, a 27-year-old Ecuadorian with a 15-6-1 record inside of the cage. The two have a history that spans more than a year heading into UFC 252, and the fighters were supposed to square off at UFC 239 in June 2019.

A failed test for ostarine took O’Malley out of that fight, but the two will finally get their shot at one another 14 months later at UFC 252. A win for O’Malley could potentially propel him to a highly-ranked bantamweight opponent, while a victory for Vera could instead cancel the “Suga Show” for the time being.

With such a massive heavyweight title fight to end the night, it seems fitting to have another top-tier bout in the division in the middle of the card, as well.

More than three years after Junior dos Santos lost to Miocic in the main event of UFC 211, “Cigano” will have the opportunity to jump back into his division’s good graces in a battle against sixth-ranked heavyweight Jairzinho Rozenstruik.

>>RELATED: Jon Jones vs. Francis Ngannou: Breaking down the potential superfight and booking the UFC’s outsiders

dos Santos will look to bounce back from a second-round loss against Curtis Blaydes in January, while Rozenstruik will look to prove his worth after a devastating, 20-second knockout loss against Francis Ngannou at UFC 249.

With dos Santos just a few months away from his 37th birthday and Rozenstruik hoping to rewrite the future of this division, fans should be in for a treat with the sleeper pick for Fight of the Night if these two let it all out halfway through UFC 252’s main card.

UFC 250 put the bantamweight division back on the map with not one, not two, but three massive finishes on the main card from O’Malley, Aljamain Sterling and Cody Garbrandt. So, when you’re trying to build one of the biggest events of the year, you almost have to put another bantamweight battle on the card.

Just a few fights before O’Malley’s bout against Vera, ranked bantamweight John Dodson (12) and Merab Dvalishvili (15) will go head-to-head to set the tone for the division’s big night. And, based on the hype the bantamweights have received since the COVID-19 pandemic started, both Dodson and Dvalishvili will be looking to impress Dana White and company in the process.

Dodson, a 35-year-old veteran and a former flyweight title challenger, is in what could be his final push for UFC gold, while the 29-year-old Dvalishvili will look to add onto a four-fight win streak in pursuit of some bigger names in the bantamweight division.

If O’Malley wins his fight later in the night and the UFC decides to wait before officially binging the “Suga Show” and blasting off his rocketship in the rankings, don’t be surprised if the winner of this bout is his next opponent towards the end of the year.

Herbert Burns’ brother Gilbert may have taken control of the spotlight with a dominant win over Tyron Woodley towards the beginning of the COVID-19 pandemic, but don’t sleep on Herbert heading into his main card opener against Daniel Pineda.

The Burns brothers have goals for each of them to win UFC gold in the future, and Gilbert may be well on his way considering his status as the number one contender for Kamaru Usman’s welterweight title. Down at featherweight, Herbert Burns is hoping to achieve similar success and jump into the division’s busy rankings before 2020 is over.

In his way is the 35-year-old Pineda, a UFC veteran returning to the company for the first time since he was released in 2014. Entering the fight with a 26-13-0 with two recent no contests due to failed drug tests, Pineda will look to make his presence known in a big way against Burns, who has been on a tear since his first official UFC fight in January.

This fight could provide some serious fireworks towards the beginning of the night, and will be key if the featherweight division wants to keep up the momentum created from champion Alexander Volkanovski and contender Calvin Kattar’s recent victories.