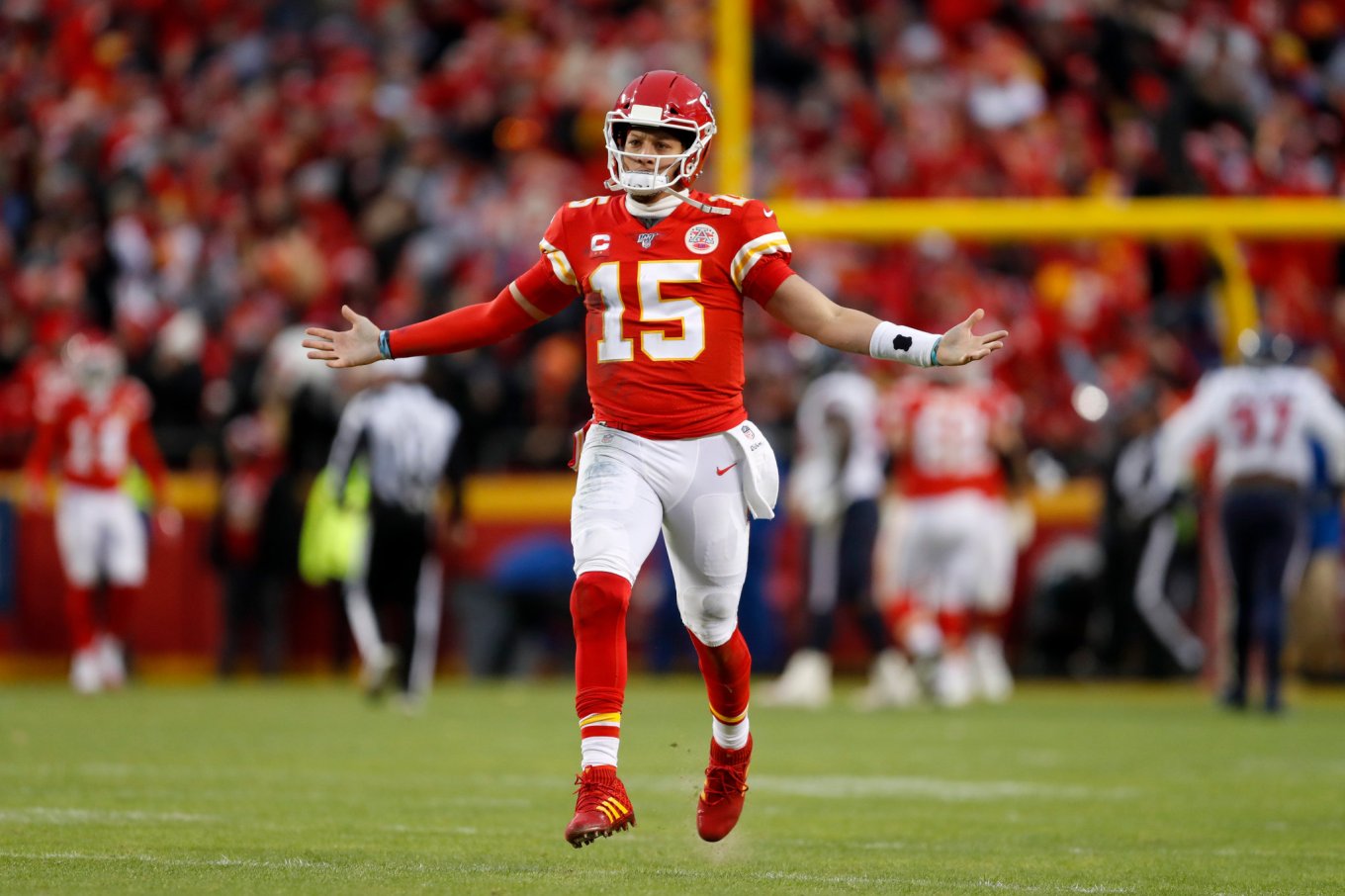 What if you were an NFL general manager, and you had the entire league’s talent pool at your disposal to create the ultimate 53-man roster? No draft, no competition to pick alongside, no salary cap to worry about. Just you and your first 50-plus players to start off a brand new version of the NFL.

Sounds easy enough, right? Just pick the best players at each position in whatever offensive and defensive scheme you want, and let everyone else pick from what’s left.

But, what if the exercise wasn’t that simple? What if you had all of those stars to choose from, but some rules to abide by when it came to your roster’s creation?

Restrictions, in this case, call for the new squad to have at least one player from each of the NFL’s 32 teams. Plus, the franchise can only choose two players at most from a single team to ensure a balance across the league.

Some positions, like offensive tackles, guards, and linebackers were combined to not leave out better right guards in favor of lesser left guards, and so forth. But, others like free safety and strong safety were left alone to keep some specificity.

With all of that in mind, who do you prioritize for your newfound lineup? Do you take a player like Ravens quarterback and reigning MVP Lamar Jackson? Or do you use a Ravens slot to pick up a defensive lineman with other talented players to stick under center?

Therefore, it won’t simply be the best players getting selected at every position, but rather a group of high-quality players who collectively form a near-perfect lineup to put out on the field.

After analyzing the best options at every position, here’s a look at our version of a 53-man roster representing each of the league’s 32 teams:

The reigning Super Bowl MVP and a two-time NFC champion with a Lombardi Trophy of his own. What more do you need to ask for when it comes to your one-two punch under center?

The Panthers proved Christian McCaffrey’s worth when they signed him to a four-year extension to make him the highest-paid running back in league history. He’s a lock for this list, especially with a lackluster Panthers talent pool to pick from. Outside of number 22, the Giants get their lone representative on the list with Saquon Barkley, and the Vikings get some offensive love with Dalvin Cook.

Why no Cowboys RB Ezekiel Elliott? We’ll get to that later.

Every position needs to be showcased when you’re putting some of the league’s best players on one team, and 49ers fullback Kyle Juszczyk is undoubtedly the best player at his position, especially after the retirement of former Patriots fullback James Develin. Unfortunately, some of San Francisco’s other big names get left off the team as a result.

Wide receivers and cornerbacks are both the easiest and hardest positions on the team to hammer out. There are so many to choose from, so there will clearly be talent there with whoever you pick, and it’s easy to get a variety of teams done in one position. However, you’re guaranteed to leave a stud off the list, especially when every team needs to have representation.

>>RELATED: Jack of all trades: Curt Menefee continues to adapt in third decade with FOX Sports

In this case, the franchise is in good hands with players like Michael Thomas, Julio Jones, DeAndre Hopkins and Davante Adams. Then, Mike Evans and Stefon Diggs respectively show up as the first Buccaneers and Bills stars.

With a good mix of size and speed, this receiving corps should serve as the perfect set of weapons for quarterbacks Patrick Mahomes and Russell Wilson.

Like his 49ers brethren at fullback, tight end George Kittle is likely the best player at his position heading into the 2020 season, even factoring in Rob Gronkowski’s return to the field with the Buccaneers following a one-year retirement. Chiefs TE Travis Kelce is at least number two in those rankings, if it’s not a 1A-1B situation.

Zach Ertz is definitely top five, and deserving of a spot on the team, but was almost replaced by Raiders TE Darren Waller for some Las Vegas representation.

Only one center was chosen for this franchise, given the amount of guards and tackles selected, and it seemed right to take Falcons C Alex Mack with this pick. The Falcons have one of the best wide receivers in the league, and it definitely helps when quarterback Matt Ryan has one of the best centers that football has to offer protecting him, as well.

Despite the four teams in the NFC East compiling rough records over the last few seasons, the division itself boasts some of the best offensive linemen in the entire league. In this case, Cowboys guard Zack Martin and Brandon Brooks represent the first two of three NFC East representatives, and Martin himself clocks in as the first of two Cowboys on the frontline.

Rounding it all out, the Colts get their only offensive pick of the bunch with guard Quenton Nelson, while guard David DeCastro becomes the first Steelers player on the team.

Offensive tackle became a tough position to narrow down, mainly because of the need to prioritize other players on some teams in favor of their teammates at tackle, and the desire to get a team like the Titans on the board in a spot with depth. As a result, Taylor Lewan makes it onto the team as the lone star from Tennessee.

The Cowboys fill up their quota with their second offensive lineman, tackle Tyron Smith, and the Packers and Saints are also done for the day after the selections of tackles David Bakhtiari and Terron Armstead.

Then, a player from Gilmore’s former squad, Bills CB Tre’Davious White, rounds out Buffalo’s bunch of representatives, while Cardinals CB Patrick Peterson completes the depth chart to finish off Arizona’s two picks. Unfortunately, a star like Cardinals linebacker Chandler Jones gets left off the team as a result.

Khalil Mack is a quarterback’s worst nightmare, so the Bears linebacker has to be the first off the board once you get to his position. Same goes for guys like Broncos LB Von Miller and Seahawks LB Bobby Wagner, who were no-brainers when the time came to figure out the six selections here.

Things get more complicated after that fact, and the talent begins to average out after a strong start. The Jets get their final pick with a defensive cornerstone in LB C.J. Mosley, the Bucs add some a defensive stud from the 2019 season in LB Shaquil Barrett while Lions get their first players on the board withLB Jamie Collins. Unfortunately for the latter, Collins will be Detroit’s lone appearance here.

Continuing through some defensive dilemmas, we move to defensive end. J.J. Watt is another guaranteed appearance here, but then it’s time to get into the nitty-gritty. Ravens DE Calais Campbell shows up as the reason for QB Lamar Jackson’s absence, which seems like an uneven trade in the long run. However, with so much talent to choose from at quarterback, it made sense to make a sacrifice to build up some depth on the defensive line.

Then, like Cleveland native Kid Cudi, DE Myles Garrett becomes “Mr. Solo Dolo” as the lone Browns player picked by this general manager. Finishing things up on the exterior of the defensive line is Jaguars DE Yannick Ngakoue, who is counted as a Jacksonville star (for now) despite the drama surrounding his situation this offseason.

If any general manager had the opportunity to select one player to build their defense around, it would likely be Rams defensive tackle Aaron Donald. He’s a freak of nature when it comes to his size, speed and sheer athleticism, and it all makes him one of the easiest picks to make in this scenario.

The Colts lucked out when they were able to trade for DeForest Buckner, one of the league’s best defensive ends, this offseason as a result of the 49ers’ priorities in the 2020 NFL Draft, and this franchise lucks out by being able to select him here, as well.

Rounding out the grouping are two AFC North rivals, with Cameron Heyward finishing up the Steelers’ representatives, and Bengals DT Geno Atkins chiming in as another solo act for the state of one of Ohio’s two teams.

After going through some of the league’s best safeties, the realization kicks in that there are too many to choose from in a situation like this. Players get left off the list that likely shouldn’t be omitted, and the team limits start to kick in. But, this franchise still ended up with a stellar group of four safeties to hold down the fort defensively.

>>RELATED: Patriots CB Jonathan Jones continues to move forward, both on the field and with Next Step Foundation

Patriots free safety Devin McCourty brings some veteran leadership, serious speed and some postseason experience to the table with his three Super Bowl rings as a captain in Bill Belichick’s defense. Then, Vikings FS Harrison Smith’s power and versatility provide a menacing presence for wide receivers to look out for, creating a well-rounded one-two punch.

On the other side of the defense, Jets strong safety Jamal Adams represents another one of those “gimme” situations as a clear-cut choice. Despite his animosity towards those in New York, Adams helps to give the team their second representative on this “perfect” 53-man roster.

Then, finishing out all of Los Angeles’ selections between the city’s two teams, Chargers strong safety Derwin James provides some solid depth behind arguably the best safety in the league, whether you’re talking about the left or right side of the field.

Another reason for QB Lamar Jackson’s omission from the team, Ravens kicker Justin Tucker is an easy choice to be handling extra points and field goals for this dream roster. He’s statistically the most accurate kicker in NFL history, and his selection will provide some stability on special teams as a result.

The next two picks are rather sad, considering they each make up their respective team’s lone picks for this 53-man roster. But hey, a rule is a rule, and we’re abiding by all of them.

So, Redskins punter Tress Way, today’s your lucky day. As much as this franchise wanted Rams punter Johnny Hekker or someone of the same caliber, you have to figure a team like the Redskins has some experience punting the ball, so this one does make some sense after all.

The 53rd man on the roster, Raiders running back Jalen Richard represents another situation where a team was without a representative elsewhere. But, it’s tough to argue with a player who had numerous kick-return touchdowns in his collegiate days, and someone who has averaged 13.9 yards per return in two of his four seasons with the Raiders.

Agree with the players selected for this 53-man roster? Who should be taken off? Who should they be replaced with? Let us know by following @SOTSports on Twitter, or by liking our Facebook page!