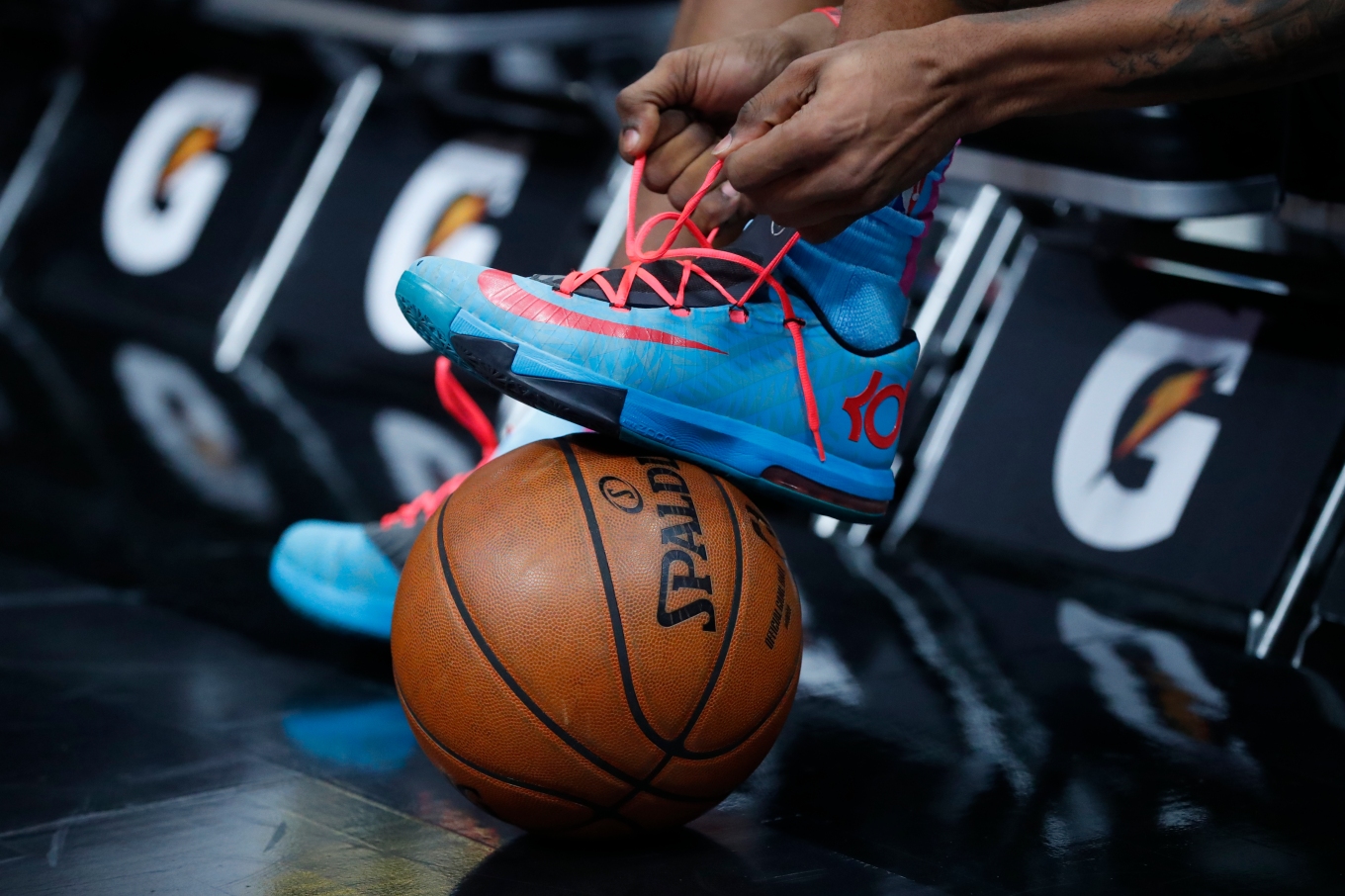 They highlight their unique outfits in their walks to the locker room ahead of a big game or at press conferences after the fact, and enjoy taking chances to see who stands out the most between both teammates and opponents.

But, what do those players do when those opportunities get taken away by a global pandemic? With the postponements of games due to COVID-19 comes the disappearance of trips from the bus into the arena and the need to talk to media after a standout (or lackluster) performance on the court.

The answer is simple, and shines a light on the biggest change experienced by the NBA and WNBA over the last decade: social media.

While the league’s stars may not have media members around to snap pictures of their fire ‘fits and the automatic ability to insert themselves into the clothing conversation each night, they are able to connect with fans and get their fashion fix in new ways with platforms like Instagram, Twitter and TikTok.

You name it, and a household name in the kick game has probably taken to Instagram over the last month to discuss their favorite footwear while quarantining at home.

There’s Seattle Storm star Sue Bird, who checked in with Slam Kicks to give a rundown of her favorite shoes in her wide-ranging collection.

Then, there’s Houston Rockets big-man P.J. Tucker, widely known as the NBA’s sneaker king when it comes time to dive into players’ closet.

He’s done it all over the last few weeks of social distancing, hosting live streams on both his and the NBA’s official account to connect with fans and answer questions about his go-to basketball shoes for a variety of scenarios.

Tucker didn’t stop there, however, and decided to give away some kicks to fans in his chat, and even discussed a potential new business venture, a sneaker store, that could keep him busy should the league decide to shut down the 2020 season.

“We’re looking to do the grand opening in October,” Tucker said during an Instagram Live in March. “We’ve got a lot of dope collabs coming. We’re going to have some fun with it, and I’m excited about that.”

Then, the list gets even more star-studded. Los Angeles Lakers forward LeBron James, Golden State Warriors guard Stephen Curry, Las Vegas Aces guard Tamera “Ty” Young, Philadelphia 76ers forwards Ben Simmons and Tobias Harris. Those are just some of basketball’s greats finding themselves involved in the kick game conversation while they stay at home and catch up with their fans.

Bron showed off his Air Max collection for #airmaxday 👀 @kingjames

“It’s always cool to see who has on the nice, fly kicks,” Phoenix Mercury guard Essence Carson told The Swing of Things in 2019. “You hype them up and they feel good about themselves. It always feels good. Look good, feel good, play good.”

>>RELATED: COVID-19: Planning out a potential calendar for a return to sports amid coronavirus pandemic

Shoes are a popular thing for players to talk about, given the universal nature of the topic, but fashion is a completely different story. Some players tend to stick to team-issued apparel or specific athletic brands like Nike, adidas and Under Armour for their pregame outfits, while others like Rockets guard Russell Westbrook and Brooklyn Nets forward Kevin Durant take things more seriously before or after games.

Many up-and-coming NBA stars are following in those perennial MVP candidates’ footsteps, and looking to lead the new generation of basketball’s best when it comes to fashion sense.

As a result, Lakers forward Kyle Kuzma didn’t want to let the isolation keep him from getting in some key reps in his pursuit of the league’s fashion title, taking to TikTok to let the fans know about what he has ready to go in his closet.

Oklahoma City Thunder youngster Shai Gilgeous-Alexander, on the other hand, decided to flip the script, allowing his followers to get in on the action.

In a post on April 12, a month into the NBA’s postponement from on-court action, Gilgeous-Alexander posted a compilation of some of his favorite ‘fits from his pregame photo shoots, and issued a directive to his fans, entitled the “Quarantine Fits Challenge.”

“For the next 24 hours DM me your best quarantine fit pic and I’ll choose my favourite 8 fits!!” Gilgeous-Alexander wrote. “From there each day I’ll be doing a tournament style competition. and will allow my followers to decide the winners of each round.”

To sweeten the pot, Gilgeous-Alexander even decided to give away a signed pair of custom Kentucky-themed shoes to the winner of the challenge.

Keeping up on the trend of challenges, WNBA players have been staying active in the fashion debate on social media, taking part in the #DontRushChallenge.

Other athletes have taken the challenge, which encourages those who participate to change from their stay-at-home attire into their ‘fits that the world would usually see, with WWE’s female superstars transitioning from their comfy clothes into their in-ring gear and the company’s male counterparts even getting in on the action.

Then, the WNBA took the ball and ran with it in their own way.

Los Angeles Sparks forward Chiney Ogwumike posted a video on Twitter in April, and rather than changing out of their at-home attire, Ogwumike and eight other WNBA stars went from their team-issued gear into their favorite dresses and outfits tailored for nights out on the town, passing around a basketball with each transition.

When the going gets tough, turn to what you love and know best. People tend to utilize added free time in their lives in different ways, with some focusing more on work to keep them occupied and others taking things slow and relaxing their minds when they get a break.

In this case, the basketball world is no different. While many fans are finding new hobbies to keep themselves busy amid the lack of games from March 11 on, players are taking to what they enjoy the most to get them through the COVID-19 pandemic.