Long after Michael Jordan’s career ended, his legend has carried on through his shoes.

They were a large part of his stardom in the NBA and around the world as a whole, and helped set him apart from the competition from both a marketing and financial standpoint.

But, as new Jordan designs and colorways continue to enter the fray, the debate rages on about which of the Hall of Famer’s kicks should be remembered as Number 23’s best.

While “best” is a more subjective term, and will undoubtedly be different no matter who you ask, “iconic” may be an easier topic to narrow down.

Which shoes truly turned Michael Jordan into “MJ,” and made kids and basketball fans across the country want to be like Mike? Out of all of the releases, a few stand out as the real game-changers:

>>RELATED: ‘The Last Dance’ Episode 5 synopsis/review: ‘It must be the shoes’

In honor of “The Last Dance” and the renewed spotlight on Jordan’s career and brand, it’s time to take a look back at the most iconic Jordan releases of all time.

Brought back into the limelight because of “The Last Dance,” the Air Jordan XIII was prominently featured in Jordan’s final season with the Bulls, the 1997-1998 campaign, and as a result, it’s remembered fondly by fans of Number 23.

An iconic release associated with one of the most iconic seasons in NBA history, Lucky Number 13 was literally designed to replicate the Black Panther, built as a lightweight and still-explosive shoe to match Jordan’s skillset on the court.

It also wound up as the shoe of choice for He Got Game, a movie released in 1998 featuring Denzel Washington and Ray Allen, known in the film as Jesus Shuttlesworth.

Jordan’s legacy was already established by the time the 13’s came out, and simply serve as a victory lap for one of sports’ greatest athletes and brands the world has ever seen. Arguably the highest-quality Jordan out there, the Air Jordan XII may be the most iconic of the bunch if you were to solely focus on longevity and its quality-over-quantity approach.

The design makes it perfect for Jordan’s Bulls colorways, with the black-and-red and white-and-red versions each providing their own sleek look to accompany the classic Chicago uniforms.

>>RELATED: Michael Jordan vs. LeBron James: Deep dive into the G.O.A.T. debate and its fallacies

And, the release’s player editions, or PE’s, for the different stars around the NBA who wore them showed off the shoe’s versatility, both from a comfort perspective and the ability to mix and match colors. Whether it was Ray Allen’s green-and-white “Sugar Ray” versions, or Carmelo Anthony’s Nuggets-themed white-and-blue’s, it was a near-perfect shoe.

Had it been put out earlier in the release chain, these kicks could be up even higher in the list of Jordan’s most iconic shoes.

Whether you’re a basketball fan or someone who focuses on the cultural aspects of footwear, Michael Jordan stands out. A big reason for that? The Air Jordan IV.

You know the shoe for its presence in “The Shot,” Jordan’s game-winner over Craig Ehlo to eliminate the Cavaliers from the playoffs in 1989. It’s prominently on display on Jordan’s feet as he infamously jumps into the air and pumps his fist, before landing on the ground and punching the air a few times.

You also know the shoe for its importance in Spike Lee’s all-time classic movie, Do the Right Thing. Scuffed Jordan’s were something you never wanted to see, and it turned into a major plot point in one of the defining movies of the decade.

The shoes heightened Jordan’s impact on the game, both on the court and off of it, and make it a must-have on this countdown.

This shoe received high praise from both basketball fans and fashion experts around the globe, even being deemed the greatest in Jordan’s sneaker line by GQ in 2020. But, was it his most iconic shoe of the bunch?

Sure, it furthered the transition from Jordan needing Nike to Nike now needing Jordan, evident by the lack of the large Nike swoosh, and the debut of the Jumpman logo on Jordan footwear. It was the legendary Tinker Hatfield’s first Jordan shoe, and inspired kicks and colorways for generations to come.

But, when you’re talking about the most iconic Jordan moments, his biggest shots and his most memorable dunks, other shoes come to mind. So, this shoe stands comfortably in the third spot on this list. 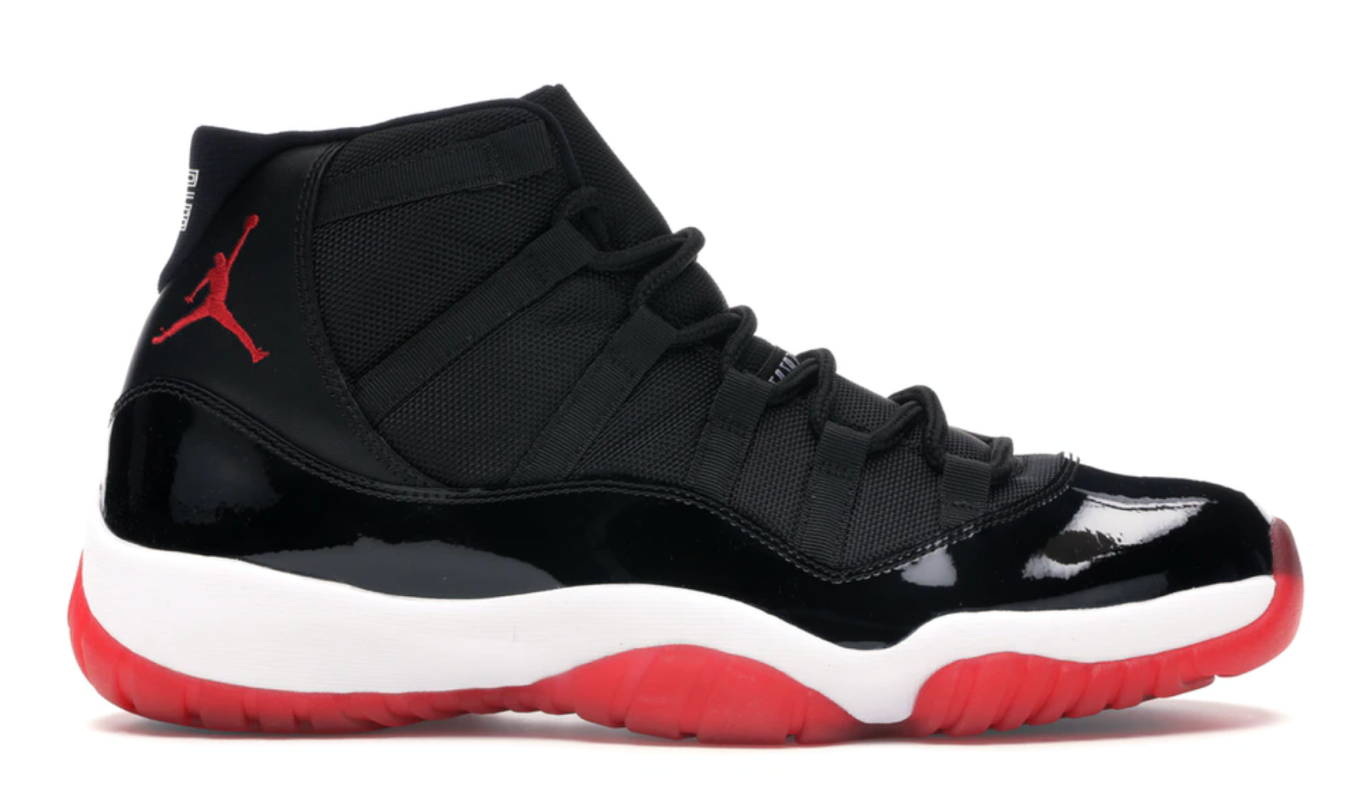 Space Jam. The 1995-1996 Bulls. Some of Michael Jordan’s most magical moments came in the Air Jordan XI’s, and helped to further solidify the legacy. of “His Airness” and his presence in the shoe game.

It was a cool and crisp collaboration of style and success, with comfort and its high-quality materials making it the epitome of the perfect basketball shoe. Add in the fact that it’s attributed to one of the Bulls’ best seasons, and the hype is real with the XI’s.

Oh, and the shoe’s “Concord” colorway, featuring a white base and the black trim, famously caused mayhem upon its 2011 release, if you needed any added information on its impact in basketball culture.

Some may have a favorite Jordan because of the style, or the moment in Jordan’s career that it may be associated with. But, when you’re talking about Air Jordan’s, you have to go all the way back to the start with the original.

The Air Jordan I is arguably the most iconic shoe of all time, away from Jordan’s shoes all together. They put basketball shoes on the map, and helped to bring Jordan to the promised land as it relates to marketing basketball players in the 1980s.

The black-and-red colorway didn’t line up with league policy, so Jordan wound up being fined for wearing them, and Nike gladly paid the price of that advertisement, both figuratively and literally.

It started a revolution, and truly created a culture around basketball shoes that has carried on to today. Players like LeBron James, Kevin Durant, and Kyrie Irving can thank Michael Jordan for giving Nike the confidence to heavily invest in basketball players, and this shoe is a big part of all of that success.

10 thoughts on “Pick-Six: Most iconic Jordan shoes of all time” Leave a comment ›