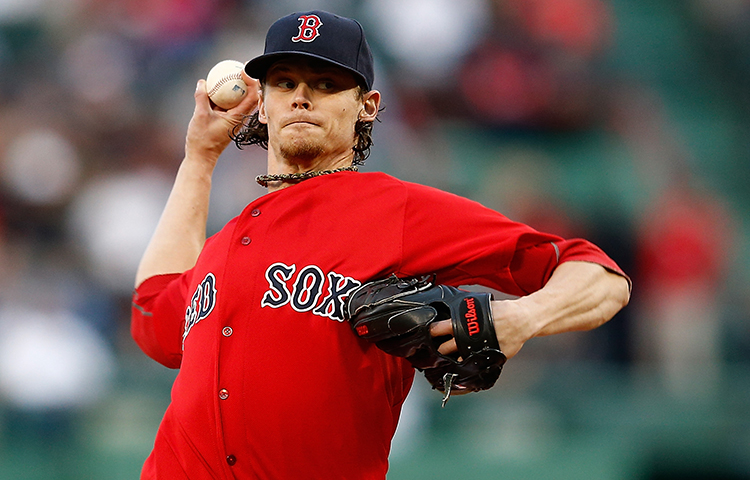 We’re going to play a little game of mystery player comparisons, because who doesn’t love that? The only criteria you need to know going in is that qualifying players must be 6’3″ and right-handed with at least 9 seasons of service time.

Pretty diverse group, right? Now, one more criteria you should note is that the above five were all sample sizes of at least 15 starts. Let me introduce Player F (for… Failure. What? Did you think I was going somewhere else with that?), Clay Buchholz, who has made 10 starts in 2016: 2-5, 6.35 ERA, 1.47 WHIP.

C looks like the standout of the group, but both A and E put together pretty good seasons too, and even B and D are leaps and bounds ahead of ’16 Buchholz. So, if you’re Red Sox brass, you couldn’t be blamed for wanting any of those over the Rat Tail. And, if you haven’t figured it out by now, Players A-E simply represent Buchholz at different points in his career. So, as much as it sucks to admit, the team had reason to stick by Clay, and expect him to improve.

But now we are rapidly approaching uncharted water… not since his first full-season as a starting pitcher at just 23 has Buchholz been this bad, and his peripherals (1.9 HR/9?!) suggests that improvement may not be forthcoming. It’s finally time to let the ship sink, barring a miraculous mechanical flaw being discovered (again) by Dustin Pedroia, and those still bailing water are probably best off going down with the ship at this point.

So the Red Sox need a starter – but wait! Here comes Eddy Rodriguez, laughing all the while at Dan Duquette, Andrew Miller and the hapless, bullpen-bound Buchholz. Or so we hope. In his last rehab start, ERod pitched 7 full, allowing just four hits, one earned run, zero walks, and striking out seven. But knee injuries can be peskier than expected in pitchers, and if a power pitcher like Rodriguez has trouble planting and pushing off, he’ll struggle.

The team desperately needs pitching stability, as the AL-leading offense starts to regress from its start to the season that was drawing comparisons to the Murderer’s Row Yankees. The team has allowed 25 runs in its last three games (1-2 in those games), and the leaky bullpen after the loss of Carson Smith to Tommy John surgery and the ineffectiveness of Koji Uehara has started to dim those dreams of October baseball that even tentative Sox fans were coming around to.

Not to mention Joe Kelly’s shaky second start, even after an admittedly promising first start back in which he took a no hitter into the 7th, but inconsistency and inaccuracy have long kept Kelly from being a useful starting pitcher. So the first place Sox will undoubtedly be in the market for starting pitching this summer, and yet, there may be no recourse available.

The combination of the second wild card adding a new level of parity, and a lackluster starting pitching market this winter have left teams scrambling to think of a name besides Rich Hill who will be available come July. Names I’ve heard floated from Twitter accounts with varying degrees of credibility have included Drew Pomeranz and Justin Verlander as outside-the-box options, with neither inspiring any level of confidence.

I don’t mean to come across as a typical, negativity-fueled Boston media pundit, but the worst condemnation of all is still to come. And that falls upon the shoulders of the player development team, usually a shining example of organizational success for the Red Sox.

But the fact of the matter remains, that Buchholz is still the last, great pitcher they’ve brought along, and, if he’s the high point, it should tell you all you need to know about the rest of the field.

More recent additions such as Anderson Espinoza and Michael Kopech have inspired hope, but with each player at least a year away, the team will need to formulate a clever solution to their continued pitching woes.