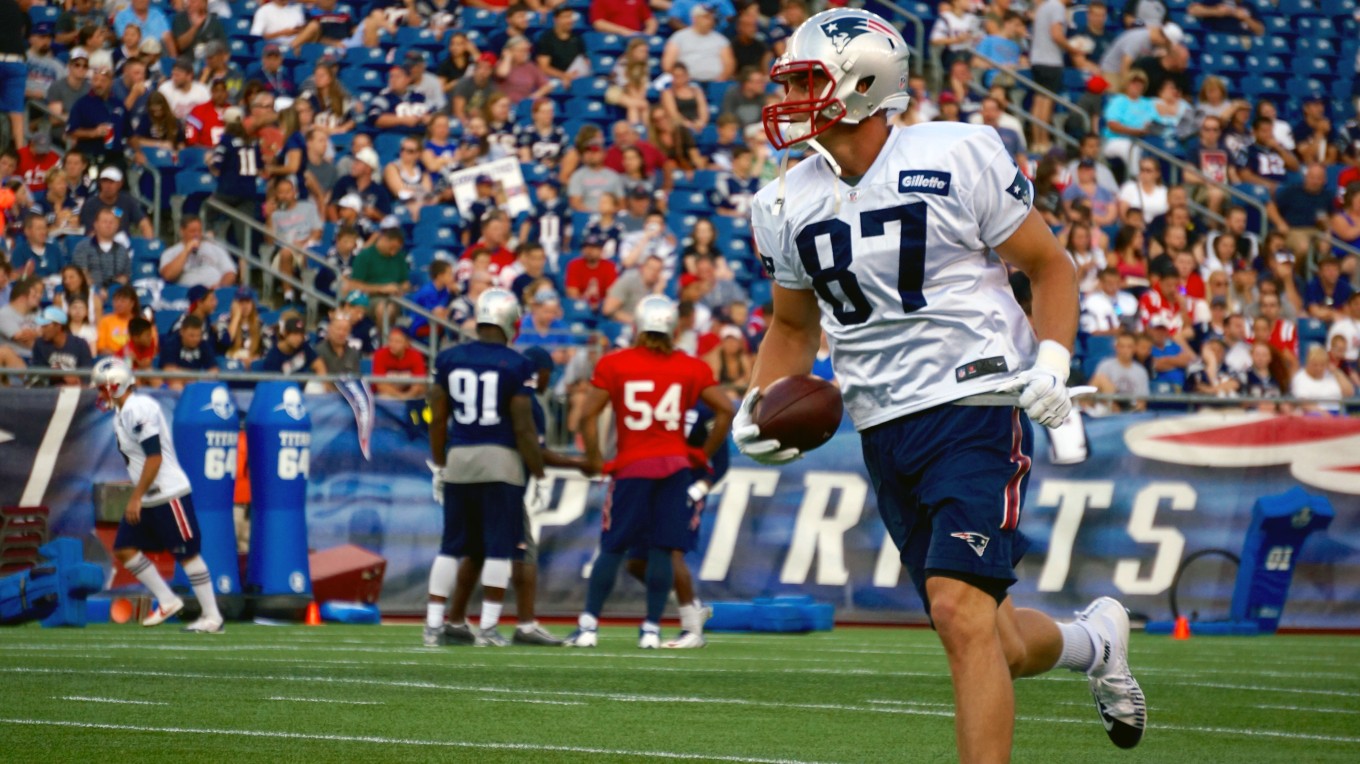 To any Patriots fans giving up on this season after Sunday’s loss to the Eagles: CALM DOWN.

The last two Sunday’s have created havoc on my Twitter feed, and a lot of it is depression-filled Tweets about how New England is blowing leads or making stupid play calls or getting too cute. These are also the same people that would say Belichick and Brady are the Albert Einstein and Isaac Newton of the NFL if they were still undefeated with what they currently have for a roster.

I know a lot of Patriots fans had this dream 10 weeks into the season that Tom Brady’s Revenge Tour would wreak havoc on the football world and turn into an undefeated, Super Bowl winning season. I can honestly say, as a Patriots fan, I would’ve loved for it to happen, but I knew it wasn’t realistic. As each domino on the offense fell, starting with Dion Lewis and finishing with Gronk, you knew it was impossible. After the Broncos loss, I had plenty of conversations with friends saying I’d be happier with a 14-2 or 13-3 regular season than an undefeated one. No good could possibly come from that, and getting that first loss out of the way and that monkey off your back is so important in a 16-game season.

On a quick side note, I think the Panthers have a great chance of pulling off the undefeated regular season, but it creates so much pressure in the playoffs that the Panthers weren’t able to handle even with a 7-8-1 record that no one cared about. I love Cam Newton more than anyone, but I personally don’t think they can compete with a healthy, Kam Chancellor-lead Seahawks defense or even the Packers when they play like they should. Then again, SuperCam has a tendency to take people’s words and force-feed them back to them the next day, so who knows. I do know, with all my heart, that I’d pick a fully healthy, 14-2 or 13-3 Patriots team over an undefeated Panthers team any day.

The Patriots will be fine, but only if you look at these next four games as you should: with no huge expectations. You can’t expect Brady (who literally threw and caught passes against the Eagles, which I thought was something I’d joke about and never actually see) to do everything. You can’t expect a guy like Brandon LaFell to step up as a number one or two receiver and play like Julian Edelman, and you can’t expect Scott Chandler, as good as he has been since Gronk went down, to replace a star tight end who, if consistently healthy, would be breaking records left and right. All you need to do is look ahead, focus on January, and hope for the return of the Patriots of old in the team’s first playoff game.

(Also figured I’d flex my muscles and show off a picture that I took of Gronk while covering the Patriots at Training Camp this past summer. Hate me for it if you want, but that picture is the crown jewel of my journalistic life.)