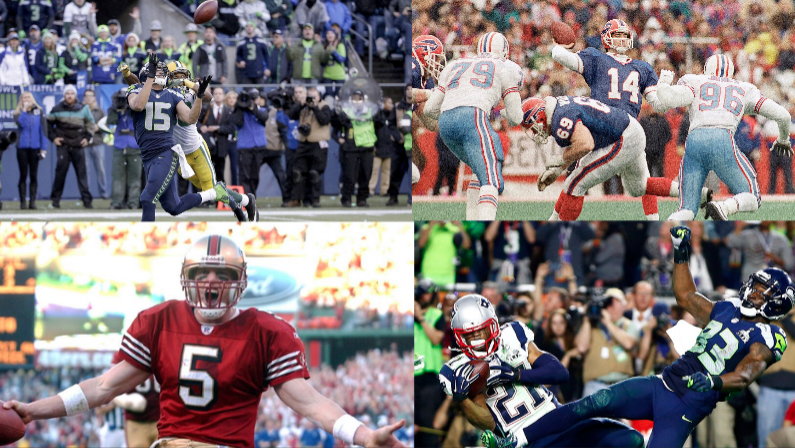 Every fan remembers their favorite team’s greatest comeback story, whether it’s overcoming a big deficit in a half or leading an incredible drive in the fourth quarter. However, with every bit of excitement comes an equal amount of disappointment on the other end, and depending on what side of the ball you’re on, it may not be so fun. To highlight the positives and negatives of a huge comeback, this week’s Pick-Six takes a look at some of the biggest or most impressive comebacks in NFL history. 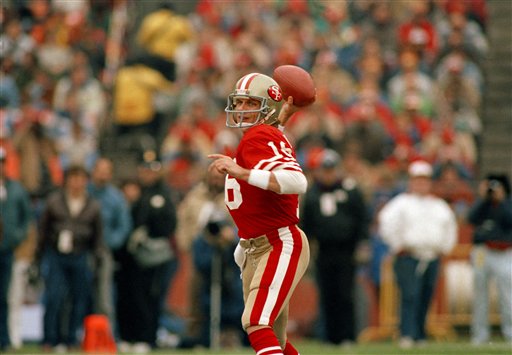 Joe Montana was known throughout his career for his late-game theatrics, and this comeback against the New Orleans Saints was one of the comebacks that started it all for one of the greatest of all-time. In his second season in the league, Montana and the 49ers were down 35-7 at halftime against Archie Manning’s Saints. The 49ers then went on a second-half tear, scoring 28 unanswered points to send the game to overtime. The team capped off the comeback with a game-winning, 36-yard field goal to win the game, topping off the largest regular-season comeback in NFL history.

5. The 49ers Come From Behind In The 2002 Wild Card Game Against The Giants

This game features the 49ers again, but surprisingly features a quarterback other than Montana leading the comeback. Rather than Montana, Jeff Garcia led the way for San Francisco in this 2002 NFC Wild Card game. The team went down 24 points in the third quarter, but fought back with Garcia play and Terrell Owens’ nine catches for 177 yards and two touchdowns to take a 39-38 lead. The Giants had a chance to crush the comeback, but botched the snap on a potential game-winning 41-yard field goal. 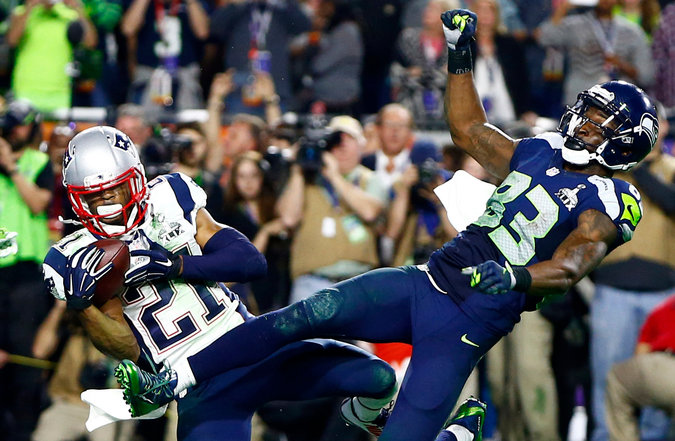 This comeback doesn’t feature the same type of point deficit the others faced, but the stakes couldn’t be higher. The Patriots and Tom Brady, known for their cool and collected play late in close games, took advantage of their opportunities in the fourth quarter to win on the biggest stage of them all against one of the all-time great defenses. The Seahawks held a 10-point lead in the fourth quarter, but the Patriots roared back with 14 of their own to take a 28-24 lead over Seattle. After a clutch interception by Malcolm Butler at the goal line with less than a minute left, the Patriots sealed the deal and won their fourth Super Bowl title. 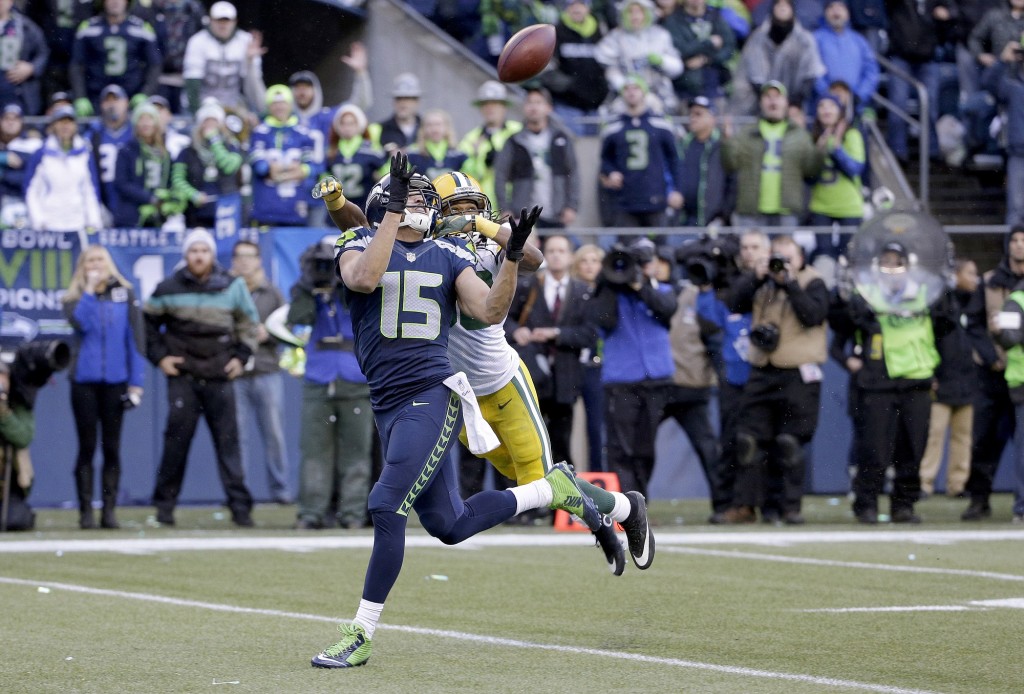 Before the Seahawks made it to the Super Bowl against the Patriots, they had to win the NFC Championship first against a talented Green Bay Packers team. However, Seattle quickly found themselves down 16-0 going into halftime, and their hopes looked bleak for another game in their season. However, a fake field goal turned touchdown pass from the Seahawks brought them within nine points, and they completed the comeback late in the fourth quarter in a miraculous final two minutes of regulation. Seattle had gone up 22-19 at one point in the final few minutes, but Green Bay tied the game with a field goal with 14 seconds left in the fourth. Russell Wilson capped off the comeback with a 35-yard touchdown pass to Jermaine Kearse, completing the largest comeback ever in a conference title game.

2. “The Miracle At The New Meadowlands”

“The Miracle at the New Meadowlands” arguably could be number one on this list, but falls just short. Michael Vick and the Philadelphia Eagles went down 24-3 at halftime, and trailed the Giants by 21 points with under eight minutes to play in regulation. The team fired back, tying the game at 31 and completing shocking the Giants’ home crowd. They scored four unanswered touchdowns in the final seven minutes and 28 seconds of play, but none more important than the last one. The Eagles won on a punt returned for a touchdown by DeSean Jackson as time expired, who became the first player in NFL history to win a game by scoring on a punt return as time expired.

It’s tough to have a list about comebacks in the NFL without having a game called “The Comeback” as number one. The Bills, without starting quarterback Jim Kelly, had fallen behind Warren Moon and the Oilers by 32 points early in the third quarter, and looked to be completely out of it. However, Buffalo’s backup quarterback, Frank Reich, had other ideas. Reich threw three touchdowns in the second-half, and led the Bills back to a three-point lead in the fourth quarter. The Oilers forced overtime with a field goal, but the Bills finished the game out with a game-winning field goal of their own from Steve Christie, completing the NFL’s greatest comeback of all-time.