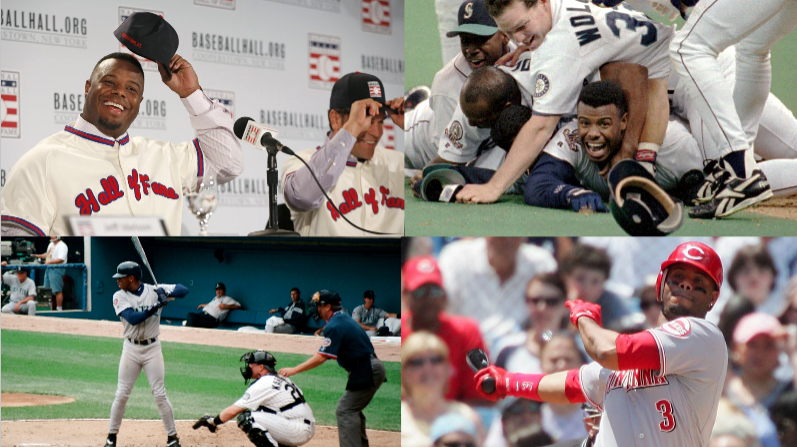 Ken Griffey Jr was enshrined into the Baseball Hall of Fame on July 24, 2016, and to this day, fans spanning decades continue to show their appreciation for “The Kid” and his great career. To show our appreciation here at The Swing of Things, it’s time to count down the best moments from Griffey’s time in baseball lore. 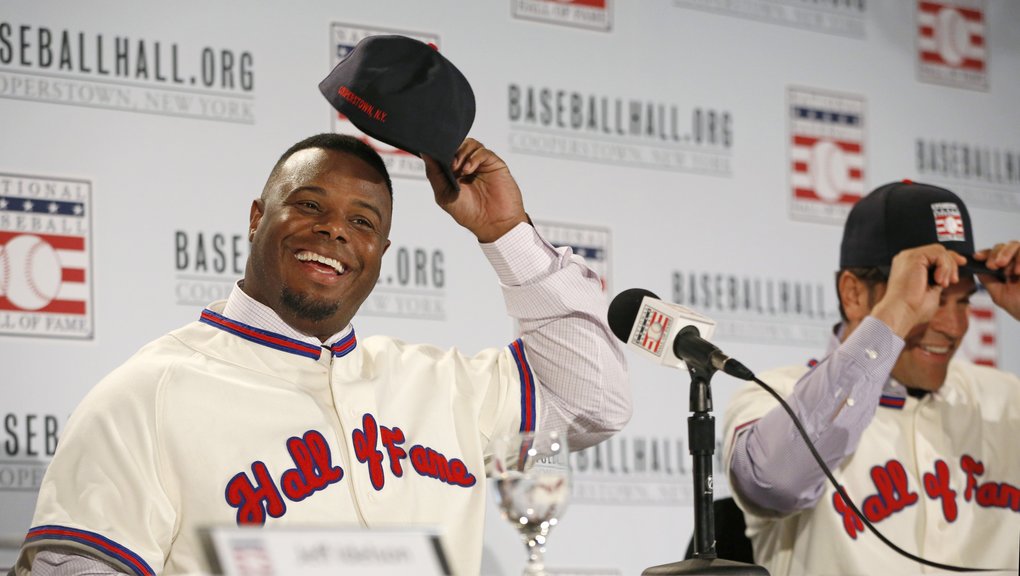 This week’s Pick-Six starts with Griffey’s most recent career achievement: his Hall of Fame vote. In his first appearance on the ballot, Griffey earned the most votes in league history, with support from 99.3% of those who voted.

Many sportswriters and social media members were upset about his vote percentage, but for how he wasn’t the first unanimous pick in HOF history, rather than getting too much of the vote. 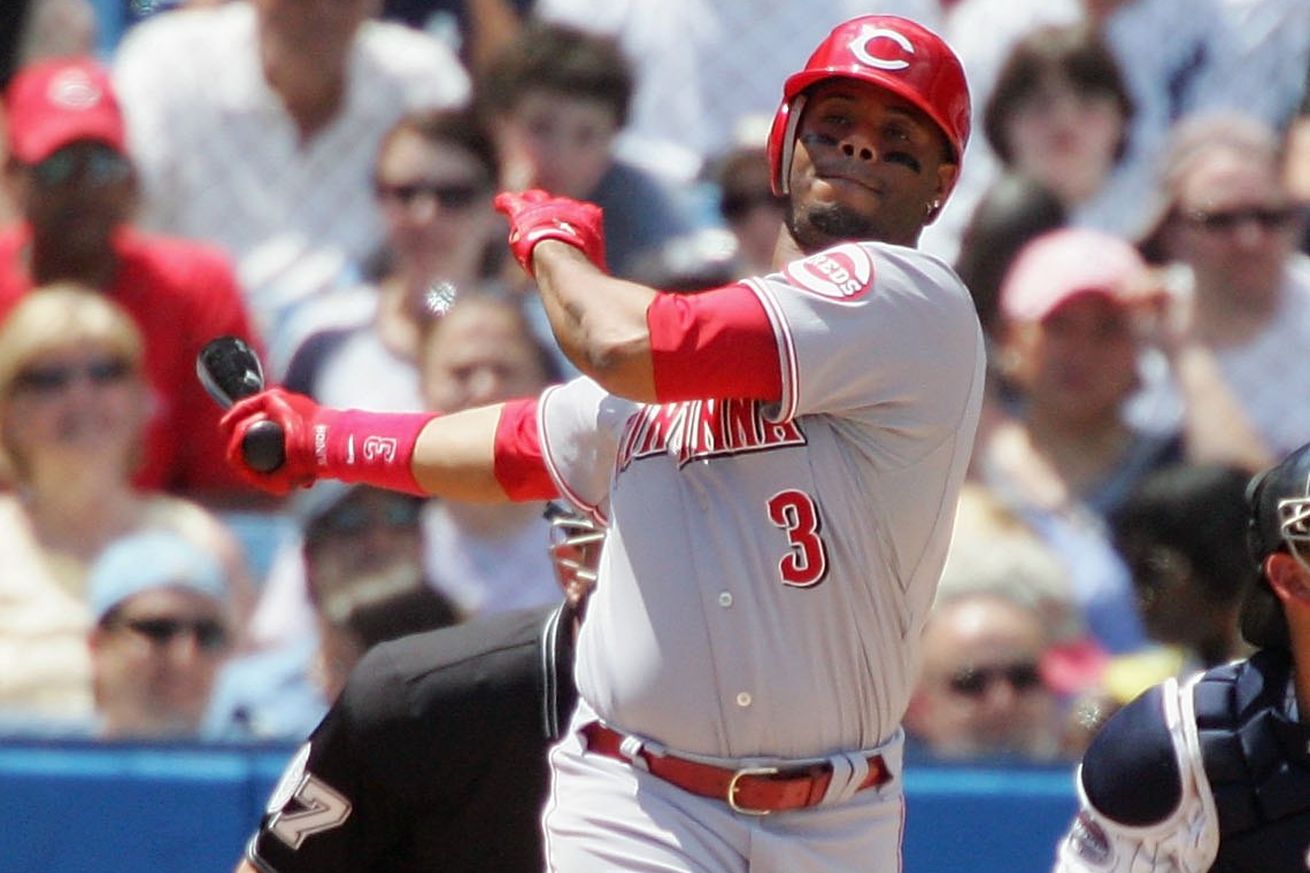 The lone highlight on this list from his uneventful time in Cincinnati, Griffey’s 600th home run was something special. On June 9, 2008, he became the sixth man in baseball history to hit 600 home runs in a game against the then-Florida Marlins.

With many of the best home run hitters in baseball history’s careers tainted by steroid allegations, Griffey’s milestone was a refreshing reminder that some players are talented enough to reach these marks on their own.

4. Back-To-Back Home Runs With His Dad

On September 14, 1990, the Griffey duo made a historic moment with their power at the plate. Griffey was hitting third in Seattle’s batting order, with his dad, Ken Griffey, batting second, and took advantage of the opportunity.

Griffey Sr. led the way with a home run, and his son hit a solo shot to seal the deal, and the two became the first father-son duo to hit back-to-back home runs in MLB history. The feat most likely won’t be replicated for a long time, if at all, and will be one of the most unique moments from Griffey’s illustrious career.

3. Griffey’s Debut in the Kingdome 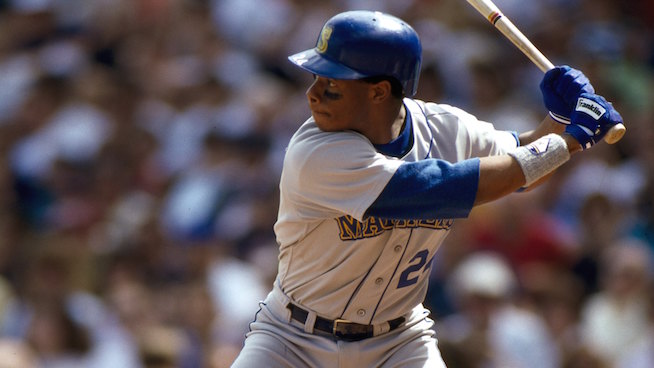 It wouldn’t be right to have this big list on Griffey’s career without highlighting where it all began. Junior, as a 19-year-old, made it onto the major league roster, and the hype train was roaring through Seattle.

Griffey didn’t do well in his first few games with the team, batting just .105 in his first six games before his true beginning in the Kingdome. In his first game in his new home stadium on April 10, 1989, Griffey smacked his first pitch in Seattle for a home run, truly beginning his career success. 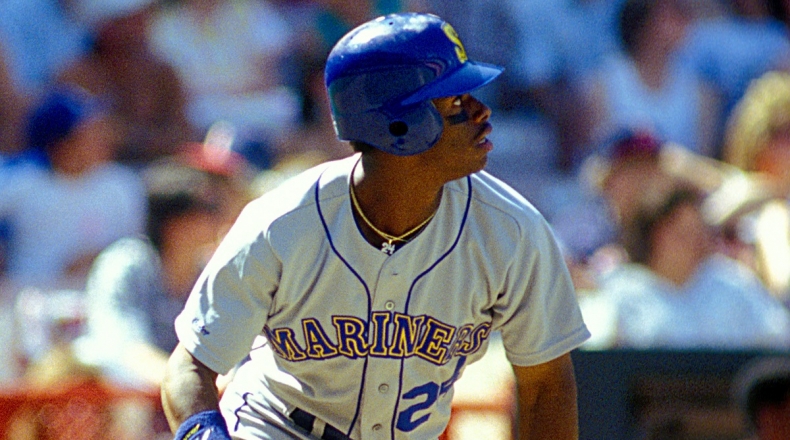 Griffey went down in history as one of the best hitters ever, with his power and smooth swing instantly earning him a solid reputation. His greatest hit, however, came on July 28, 1993, when he hit one of the longest home runs ever in Seattle’s stadium.

The ball sailed for 480 feet, one of the longest in his career, and tied him with Don Mattingly for the league record for most consecutive games with a home run with eight games. It was one of the long list of batting achievements earned, adding to his impressive resume.

This play was so amazing that Macklemore made a song with legendary announcer Dave Niehaus’ call from the occasion.

The play is known for how it basically singlehandedly kept the Mariners in Seattle, and made them a legitimate contender in the mid 90’s. The team had gone down 2-0 to the New York Yankees in the 1995 ALDS, and fought back to force a Game 5. The game went to the 11th inning, and Griffey earned his way to first base to start things off.

Edgar Martinez stepped to the plate with Joey Cora on third, and hit the ball to left field, scoring Cora easily. Griffey put together one of the greatest base-running moments in league history, as he went from first and slid home for the game-winning run to send the Mariners to the ALCS.

Niehaus went down in history with this call: “Here is Junior to third base, they’re going to wave him in! The throw to the plate will be…LATE! The Mariners are going to play for the American League Championship! I don’t believe it! It just continues! My oh My!”

The call of the moment was absolutely perfect, and was one of many historic moments from Griffey’s time in Seattle.