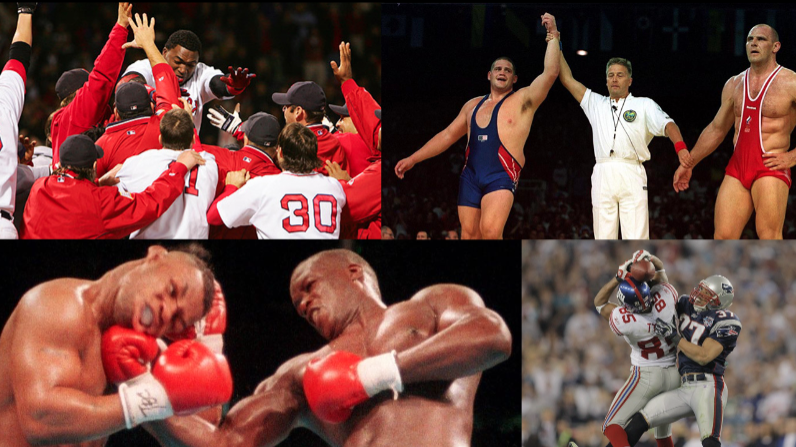 In honor of the madness that has been occurring on the court in the last few days, I figured it would only be right to celebrate the best upsets in sports history. Whether it’s on the court, on the field, or in the ring, everyone loves to root for the underdog, except when your team is on the losing end. In celebration, and, in some cases, sadness, here’s the list of the top upsets in sports history.

6. Villanova over Georgetown in the 1985 National Championship Game 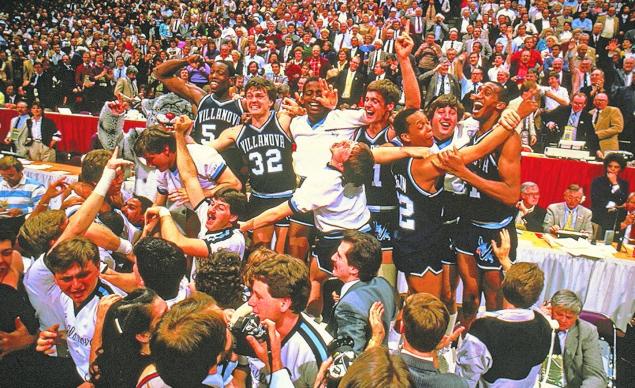 Georgetown in 1985 was the team to beat. With Patrick Ewing leading the way, they were on a 17-game winning streak and were the defending national champions looking to repeat on the big stage. As the No. 1 seed in the tournament, it seemed as if it would happen. Unfortunately for the Hoyas, No. 8 Villanova wasn’t ready to let that happen, and they pulled off the biggest upset in March Madness history, beating Georgetown 66-64 and winning the national championship. It was the epitome of March Madness, and one of the best upsets the sport of basketball has ever seen.

At the 2000 Sydney Olympics, the wrestling world saw one of the greatest defeats it had ever seen when Rulon Gardner defeated super-heavyweight superstar Aleksandr Karelin to win an Olympic gold medal. Karelin had won three straight Olympic gold medals and seven consecutive world championships, hadn’t lost a match in 13 years, and hadn’t even surrendered a point to an opponent in the ten years before the final at Sydney. Gardner scored a single point in the second period and held on through overtime for a 1-0 win. Gardner, who wasn’t even supposed to make the finals, shocked the world with the biggest upset in Olympic wrestling history to win himself an Olympic gold medal.

Mike Tyson was the biggest thing to happen in the boxing world since Muhammed Ali roamed the ring, and in 1990, Tyson was one of the most dangerous fighters in the world. In his latest fight before meeting Buster Douglas, he knocked out his opponent in 93 seconds in typical Tyson fashion. However, once he met Douglas in the ring, everything changed. He punished Tyson’s head and left eye, and in the tenth round, Douglas knocked out Tyson with complete domination. The only equivalent in modern day boxing would be if Floyd Mayweather were to get knocked out in a fight, and I don’t think that will happen anytime soon, signaling just how big this really was to the sports world.

This upset spanned over the course of four games, after the Red Sox went down in the American League Championship Series three games to none. It was one year after the infamous Aaron Boone home run to send the Yankees to the ALCS in Game 7, and in the midst of the almighty “Curse of the Bambino”. However, the Red Sox kept fighting, and, with a series of stolen bases by Dave Roberts and clutch home runs by David Ortiz, they tied the series and forced a Game 7. Boston took control in New York’s own stadium, and ended up completing the upset, going on to win the World Series and ending the curse. They call it the “Four Days in October”, and it was the craziest stretch of baseball you’ll ever see. 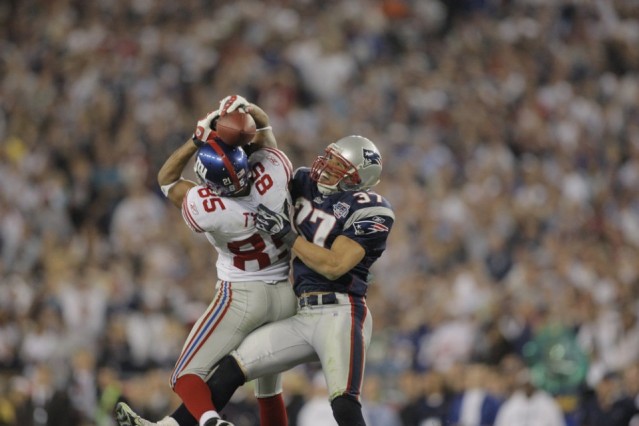 This one obviously stings for any Patriots fan, and rightfully so. They entered the game 18-0 with the chance to be the only team to pull off a perfect 19-0 record in NFL history, against an underdog New York Giants team that seemed to have no chance against the high-powered Patriots offense. However, with one of the craziest catches in NFL history by David Tyree, the Giants pulled off the unthinkable, defeating the Patriots and ending their perfect season. It was one of the best Super Bowl games in history, and one of the best upsets the sports world has ever seen. 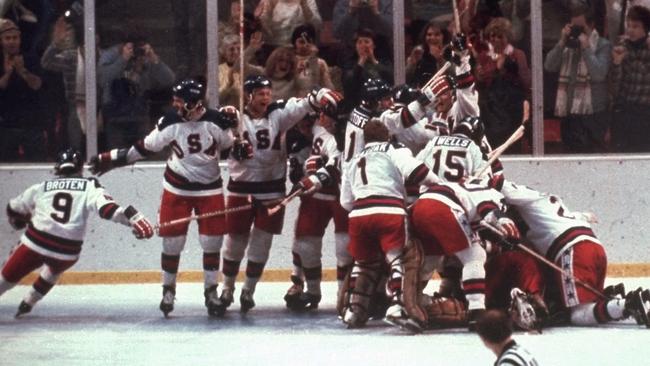 This one needs no explanation. The Winter Olympics in 1980 could/should be considered one of the defining moments in American sports history, as the USA hockey team pulled off the greatest upset the world has ever seen. The dominant Russian hockey team was expected by everyone to roll over the United States, and the US pulled off a 4-3 victory after a third-period comeback put them on top for good. The words, “Do you believe in miracles?” are some of the most powerful ever spoken in sports, and it was the biggest win in American sports history.